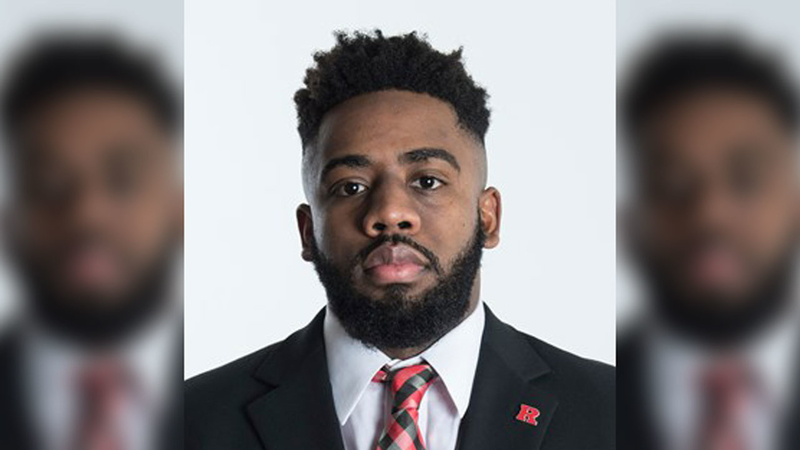 PISCATAWAY, New Jersey (WABC) -- A Rutgers University football player was arrested Tuesday and charged in connection with a plot to commit murder.

The walk-on linebacker allegedly initiated a plot to kill the family members of an acquaintance, police said. The victims are not affiliated with Rutgers.

Making his first appearance before a Middlesex County judge Wednesday afternoon, Bullock was ordered to remain behind bars until his next detention hearing.

The chilling details were released in a criminal complaint, from the alleged murder plan he constructed to the materials he allegedly planned to use. Bullock was accused of being the mastermind of the intricate plot, and sources say he was having a hard time getting over a breakup with his girlfriend.

According to court documents, he recently approached someone associated with the football team about being a lookout and getaway driver. That witness recorded conversations with Bullock where he allegedly detailed his plans to find the victims' homes and use crushed Tylenol, gloves, and a mask.

Authorities obtained a warrant and allegedly found evidence connected to Bullock's plans in his car. Police say he also confessed following his arrest.

In a statement, Rutgers University said Bullock has been dismissed from the team, and the university is initiating disciplinary proceedings.

Bullock was a linebacker on the Rutgers football team, and according to the team's roster, the junior made his playing debut during a September 22 game against Buffalo.
He is due back in court on Friday.

We are deeply saddened by the situation involving Izaia but thankful that no one was hurt. Izaia joined the team in Sept. 2017. During his time in the program, he demonstrated the positive behaviors that we ask of all our student-athletes. He was a good teammate, performed well academically and participated in several community service events.

We proactively addressed a very concerning issue that we were made aware of in recent days. The information that we received was passed through the appropriate channels to address the serious nature of the matter. As a result of our actions, the authorities became involved.

Over the past two weeks, we witnessed changes in his behavior. He has been dealing with personal issues and we made him aware of counseling resources intended to help student-athletes through difficult times.

We have worked to constantly educate our student-athletes on how to handle these situations. We are grateful that the proper steps were followed and that all parties are safe.

Anyone with additional information is asked to call Detective Lauren Tredo of the Rutgers University Police Department at (848) 932-8025 or Detective Michael Connelly of the Middlesex County Prosecutor's Office at (732) 745-3254.