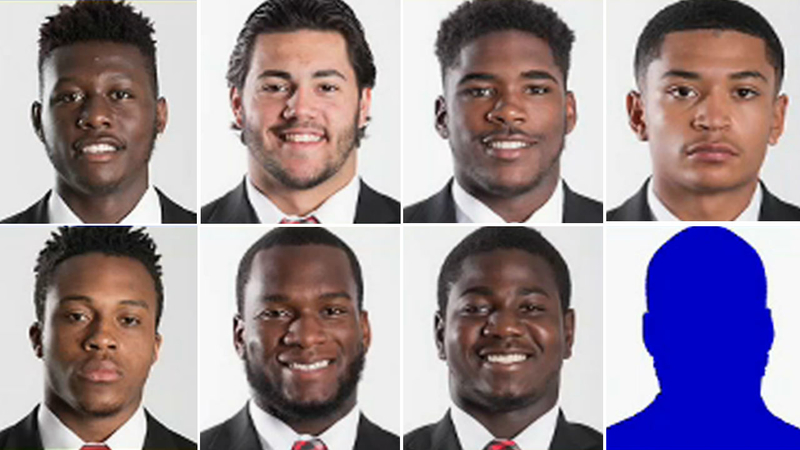 Four of the players previously left the team during the course of the ongoing investigation, while the status of the other four will be determined by the program.

The charges stem from an investigation by the Middlesex County Prosecutor's Office and the Rutgers University Police Department that began this spring.

Authorities say the defendants obtained credit card numbers belonging to others and transferred funds to various RU (Rutgers University) Express Accounts for personal use. It is alleged they netted around $11,000 between April 22 and May 3 of this year.

"There are actual victims whose credit card information was taken, not by these students but others, and the students put the money on their RU credit accounts," Middlesex County prosecutor Andrew Carey said.

The defendants were each charged with third-degree conspiracy to commit theft by deception.

"We are very disappointed and frustrated," Rutgers University Director of Intercollegiate Athletics Pat Hobbs said in a statement. "We have been working extremely hard to build a culture of excellence across the department, and this news detracts from the great strides we have made. We will continue that work."