Woman remains unconscious after being punched at party near Rutgers 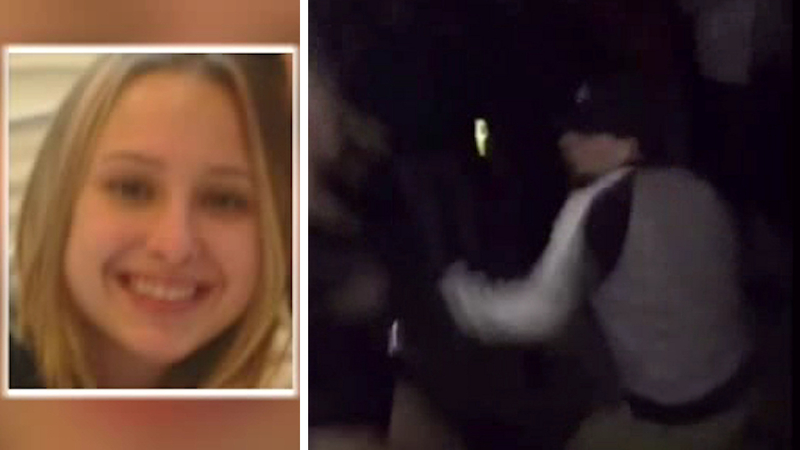 Rutgers student remains unconscious after she was punched in the face

NEW BRUNSWICK, New Jersey (WABC) -- A 19-year-old woman has been unconscious for more than a week after she was punched in the face and knocked out while attending a party near Rutgers University.

There were three assaults near the campus the night 19-year-old Emily Rand, a student at Middlesex County College, was attacked.

Early on the morning of October 29, Rand was with friends at a Halloween party near the campus when she was punched in the face and landed hard on her head.

"He reared back, and he punched her in the face and knocked her down," O'Connor said. "She suffered a fractured skull, a brain bleed, and a concussion."

Rand lost consciousness and has not yet regained it.

"They had to do a surgery to remove part of her skull," O'Connor said. "And so the first couple of days were hairy, like she swelled up a lot."

The video doesn't show what happened before Rand slapped at the man, and her friends say some men were calling them obscene names when she stood up to defend them.

Whatever happened, he hit her, and she struck her head on the asphalt. A man wearing a yellow mohawk ran off with the suspect, and police say they know the identities of both. But they have not been able to locate either at this point.
Related topics:
new brunswickwoman injuredwoman assaultedrutgers universitycaught on camera
Copyright © 2021 WABC-TV. All Rights Reserved.
TOP STORIES
Adams, Sliwa trade attacks in final mayoral debate
Suspect in custody after man shot on Manhattan subway
Firefighters battle massive blaze in South Jersey
AccuWeather: Brisk wind, tapering showers
Florida police admit mistake in surveillance of Brian Laundrie
Political comedian Mort Sahl dies at 94
Nor'easter causes flooded roads, stuck cars in New Jersey
Show More
Tri-state region feeling effects of powerful Nor'easter
Long Island hit with heavy rain from nor'easter
Warning issued about cannabis edibles that look like well-known snacks
Couple finds their home listed by scammer on Zillow
Britney Spears tells family she wants 'justice' after conservatorship
More TOP STORIES News