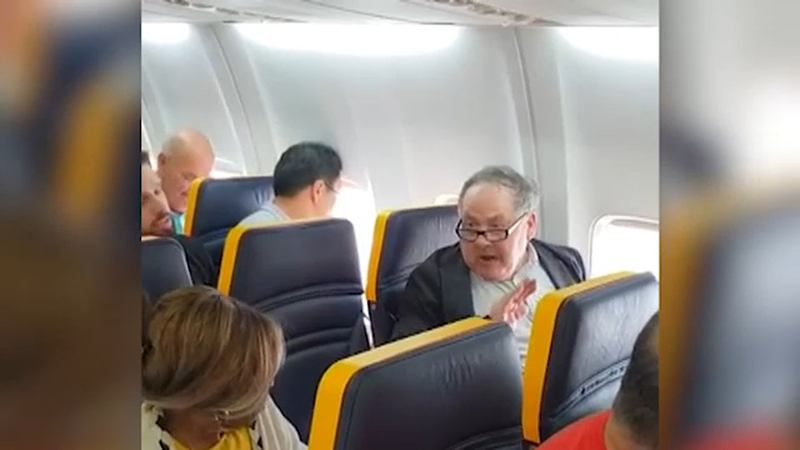 NEW YORK (WABC) -- Ryanair is facing backlash for apparently failing to remove a white passenger who launched into a racist rant against a black woman on a flight.

The video captures a man hurling insults at the woman in the same row on a flight from Barcelona to London on Friday.

He demanded she move seats. Other passengers asked him to stop, but he refused.

A crew member intervened, and the woman moved to another seat while the abusive passenger kept his seat.

Ryanair says it has seen the footage and reported the incident to police.

It wasn't clear what sparked the incident. The man who uploaded the video to social media told ITV the man abused both the woman and her daughter, but flight attendants failed to eject him from the flight.