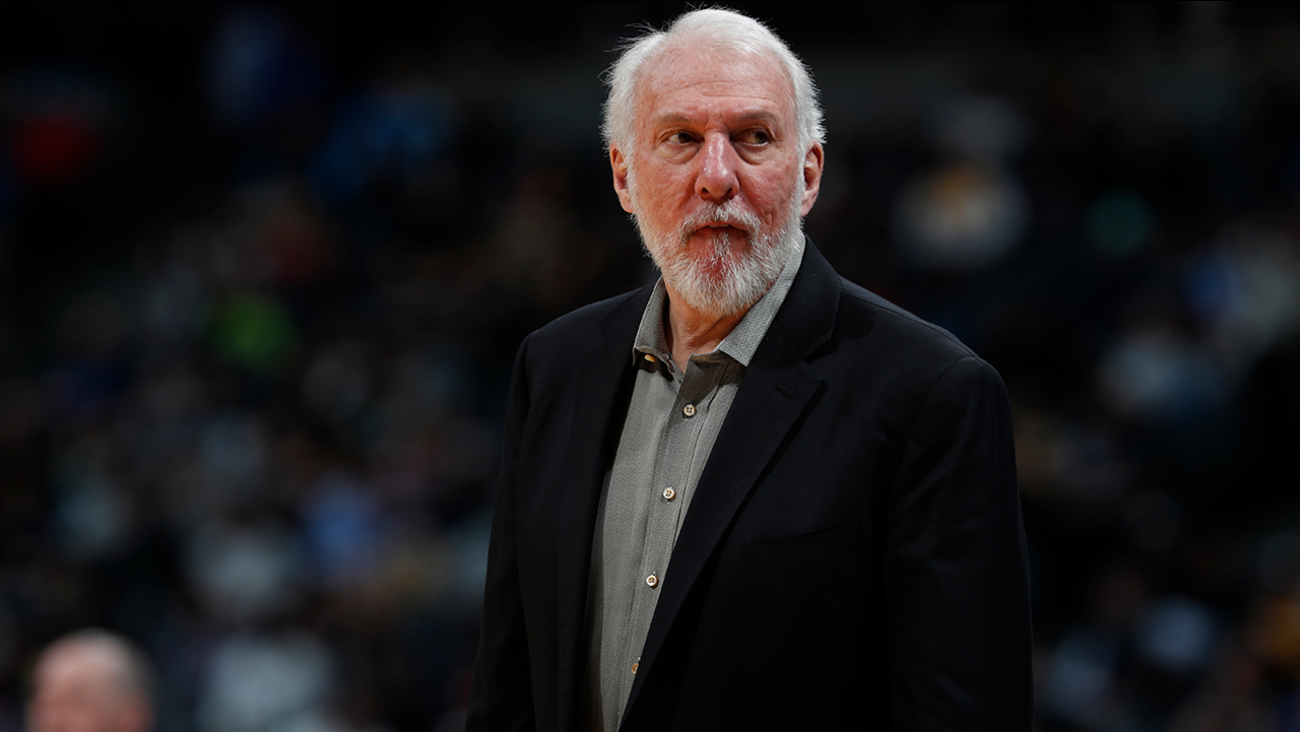 SAN ANTONIO, Texas -- The wife of San Antonio Spurs coach Gregg Popovich has died. She was 67.

"We mourn the loss of Erin," Spurs general manager RC Buford said in a team statement. "She was a strong, wonderful, kind, intelligent woman who provided love, support and humor to all of us."

The Popovichs have two children and two grandchildren. They met at the Air Force Academy in 1970s when he was an assistant coach for the Falcons. Erin's father, Jim Conboy, was Air Force's head athletic trainer.

Gregg Popovich has coach San Antonio since 1996, leading the Spurs to five NBA titles. San Antonio will face Golden State on Thursday night in Game 3 of their first-round playoff series.