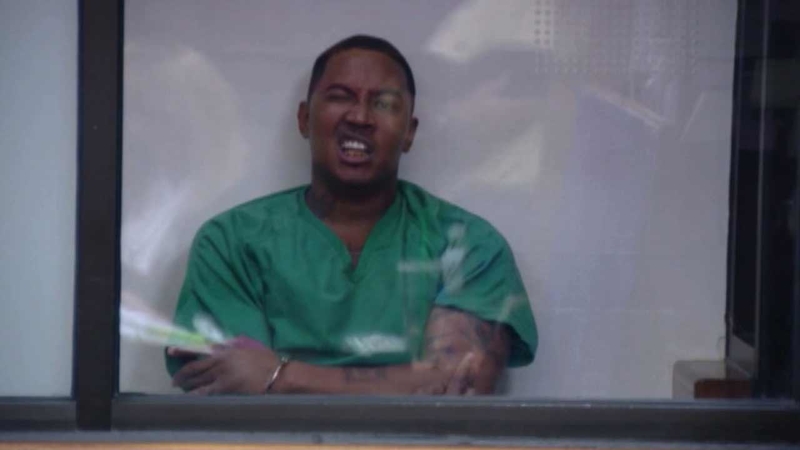 SAN DIEGO, Calif. -- A suspect who prompted a standoff in San Diego and forced the Federal Aviation Administration to issue a ground stop at San Diego International Airport earlier this week made a bizarre appearance in court on Friday.

Titus Nathan Colbert threw up gang signs and mouthed the word "Illuminati". The 33-year-old also cut the judge off as he advised him of his rights.