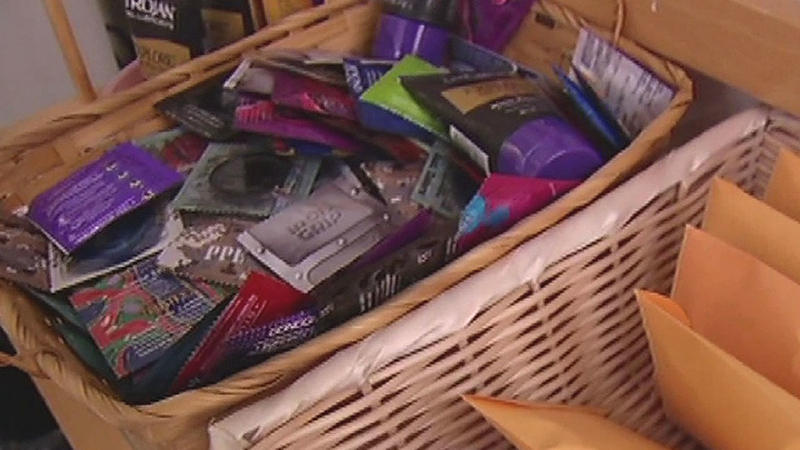 SF committee to discuss handing out condoms to middle schoolers

SAN FRANCISCO -- There is a hot debate over a serious issue in San Francisco where schools could soon make condoms available to students as young as sixth grade. A committee discussed the proposal on Monday night before a vote by the full board.

San Francisco would not be the first in the nation to do this. In 2014, Oakland Unified passed it. It is now offered to middle school students through their health centers and soon to all their middle schools.

San Francisco Unified says a recent survey revealed 5 percent of their students in middle school say they have had sex.

If you doubt that someone that young could be sexually active, ask the director of the Third Street Youth Center and Clinic in San Francisco who says their average client is 14.

"So if the 14 is the average, there are some that are older, but there are also some who are younger," Ayanna Bennett, M.D. from the Third Street Youth Center and Clinic said.

That's why the school district wants to bring its wellness program to the more than 10,000 students in middle school and yes, that would include offering condoms under the supervision of a counselor. The district says it's worked at the high school level.

As in most cases, parents are on the fence.

"Yeah, I think it comes down to the parents. It's the parents who should be on top of this," parent Susan Porotesano said.

"If they are having sex behind their parents back, why not be safe about it?" said another parent.

According to the district, parents would only be told if their child gives their consent.

"We respect the state's requirements of confidentiality," Gogin said.

The program has been in effect at local high schools for the past 25 years. The district points out it has been so successful, that only 26 percent of their students say they have had sexual intercourse. The national average is 47 percent.
Related topics:
educationcaliforniahealthsexchildren's healthparentinghigh schoolschoolu.s. & world
Copyright © 2022 KGO-TV. All Rights Reserved.
TOP STORIES
Grandmother killed, child among 4 injured after hit by car in Brooklyn
Abortion rights supporters fill the streets of cities nationwide
Astros throw combined no-hitter against the Yankees
2022 NYC Pride March: Everything to know
Planned Parenthood to kickoff NYC Pride march
Bald eagle snatches Yorkie off porch: VIDEO
AccuWeather: Another warm day
Show More
Democratic candidates for NY Governor spend weekend campaigning
Biden signs landmark gun measure, says 'lives will be saved'
Settlement would forgive $6B for defrauded college students
16-year-old shot and killed in Brooklyn
3 people found dead inside Queens home
More TOP STORIES News