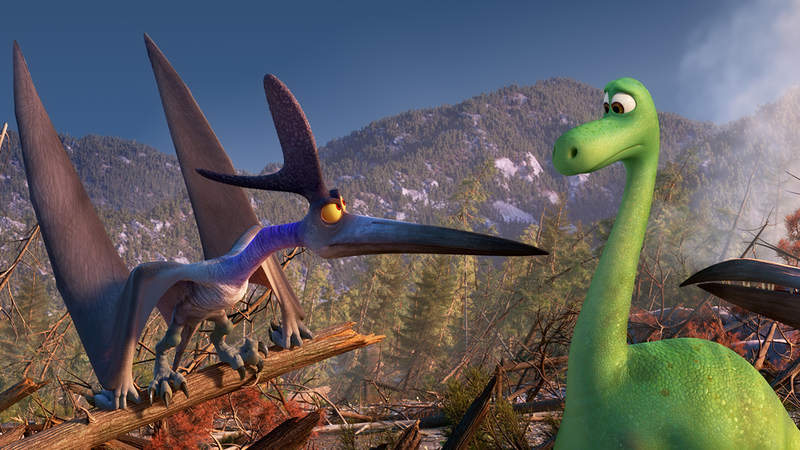 NEW YORK (WABC) -- The studio behind "Toy Story" and "Inside Out" is back this holiday weekend, and Pixar's latest project is taking audiences to the pre-historic age, where an unlikely pair is teaming up.

"The Good Dinosaur" is for any child who has ever felt lesser than other kids and for any adult who feels that the last one now can later be first.

Much to the frustration of his parents, Arlo is a coward who is easily scared. Mom and dad hold out hope that the little guy will eventually find his way in the world, one that includes a little human that daddy dino refers to as a "critter."

Now we all know that dinosaurs never shared the earth with humans, but this is explained in the opening seconds of this film when the asteroid some believe caused the extinction of the dinosaurs is shown going safely past earth.

Call this, then, an alternate version of history. It's as magical a world as Pixar can create, even though "The Good Dinosaur" falls short of the company's other masterpieces.