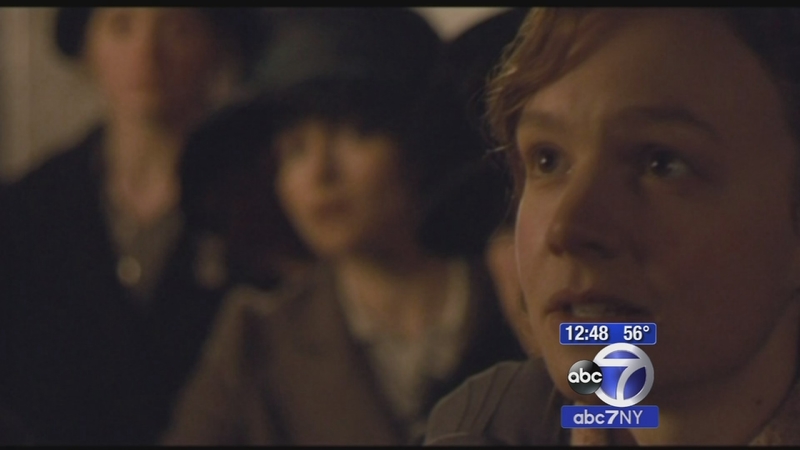 NEW YORK (WABC) -- "Suffragette" just might be the most important history lesson anyone learns this year. Although the struggle for women's rights is hardly over, it's useful to remember how much worse it was a century ago - before women even had the right to vote.

"Suffragettes" were activists and one of their leaders, played very briefly in the film by Meryl Streep, came to believe violent action was necessary to affect change.

The reaction from the men was harsh.

Carey Mulligan acts her way into this year's Oscar conversation with a fiery performance.

"Maud," played by Mulligan, is a woman willing to go to jail, lose her job and even give up custody of her son in pursuit of her cause.

These 19th century men are so mean and conditions are so unremittingly grim that "Suffragette" is kind of an anti-date movie -- a feel-bad film destined to be more admired than loved.