Sandy Kenyon reviews 'The House with a Clock in Its Walls' 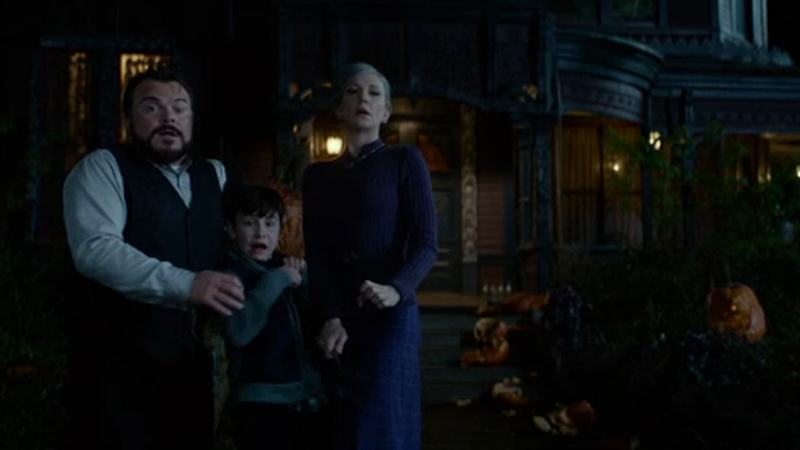 Sandy Kenyon reviews 'The House with a Clock in Its Walls'

NEW YORK, New York (WABC) -- A talented child and two big stars, each from different worlds, should have been able to make "The House with a Clock in Its Walls" work.

Even though the child in me enjoyed some of the spookier scenes, I couldn't stop looking at my watch, waiting for the end of this weird movie.

Set in the 1950s, a boy travels to Michigan to go live with his uncle after both of his parents are killed. Jack Black is a magician who fancies himself a warlock, which is a male witch.

Cate Blanchett co-stars as his neighbor, and both are keeping secrets from the lad whose curiosity just might get them all killed.

It turns out all this trouble is caused by Kyle MacLachlan's character, who is Black's former partner.

For sure, "The House with a Clock in Its Walls" is nothing good. A movie like this is perhaps best enjoyed around Halloween.

So why is it being released six weeks before the holiday? Between now and then, some of the best movies of the year will be released to qualify for the Oscars, and a film this flimsy wouldn't stand a chance.