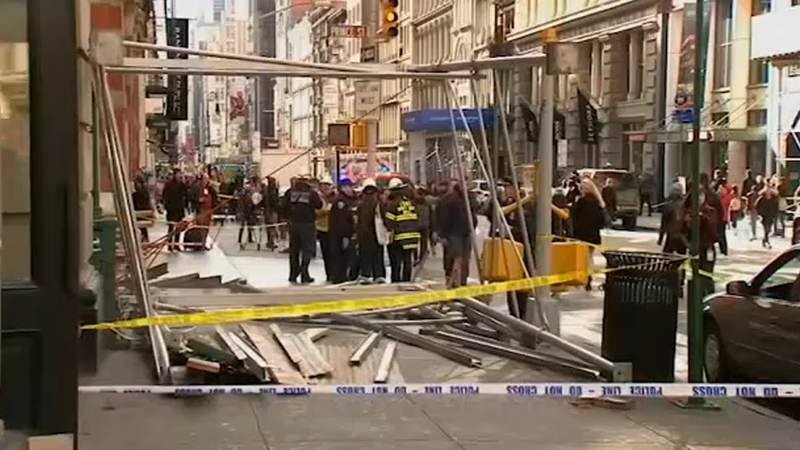 SOHO, Manhattan (WABC) -- There are renewed calls for tighter regulations on scaffolding after strong winds caused a collapse on a street in Lower Manhattan Sunday, injuring six people.

The incident happened just after 11:30 a.m. near the intersection of Broadway and Prince in SoHo.

Pictures from the scene showed wooden planks all over the street, and FDNY firefighters responding.


To prevent similar incidents in the future, New York City Councilman Ben Kallos plans to introduce legislation requiring scaffolding to be removed within seven days if there is no work being done above.

He said temporary scaffolding structures are often left up indefinitely because it's cheaper to leave it up than to fix the issue.

Kallos said some scaffolding remains up for years or even decades.

Two people had to be rescued from under the rubble. They and three others were taken to the hospital to be treated for minor, non-life threatening injuries.

One woman was pinned underneath the debris.

Investigators said the high wind on Sunday was to blame for the collapse. A piece of plywood "acted like a sail" and blew the whole rig down.