Scam bilks elderly Westchester woman out of over $250,000 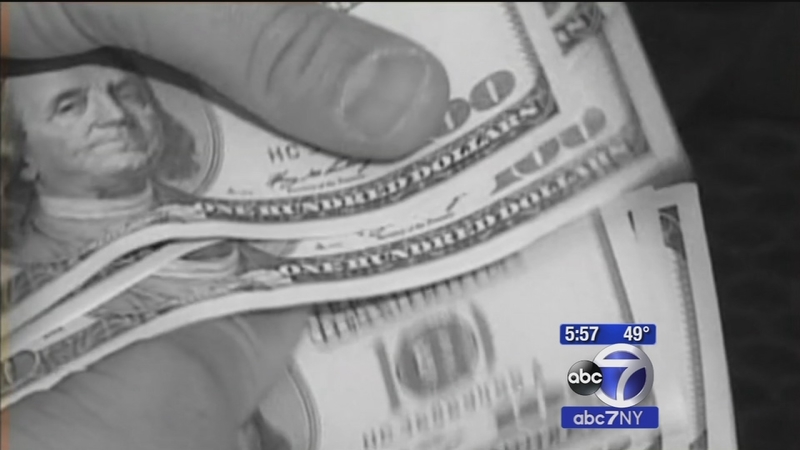 Grandmother scammed of thousands of dollars

HARRISON, New York (WABC) -- Five suspects are accused of tricking an elderly woman in Westchester County by making her believe her grandson was in trouble.

Police displayed some of the phones, computers and other items they say were used to bilk a 92-year old Harrison woman out of more than a quarter million dollars.

Police have arrested five people, including a mother and son, for running what's called the 'Grandma scam', where a caller pretends to be a grandchild in need of money, fast.

"They're very convincing, and they instill fear in our senior citizens and the elderly," said Marracci. "And that fear causes them to do things they wouldn't normally do."

Eyewitness News spoke with the victim, who is in Florida.

"I believed everything that this man, this supposedly sergeant, told me," she said.

The woman says she was told her grandson was busted with drugs, and that he wasn't allowed to speak to her on the phone. The money would get him out of jail.

"So I did it all because I didn't want my grandson behind bars," she said.

Eventually, the real police were notified and a three-month investigation ensued. Detectives followed the money to China, back to Texas, New Jersey and the Bronx.

Among the evidence seized, a BMW believed to have been purchased with the stolen cash.

County and state officials have long tried to warn the elderly, traveling to senior centers alerting them of scams.

Police stress law enforcement agencies or the IRS will never ask for money to be wired.

The victim says she learned the hard way.

"I'm too gullible, and I hope nobody else is as ignorant as I am," she said.