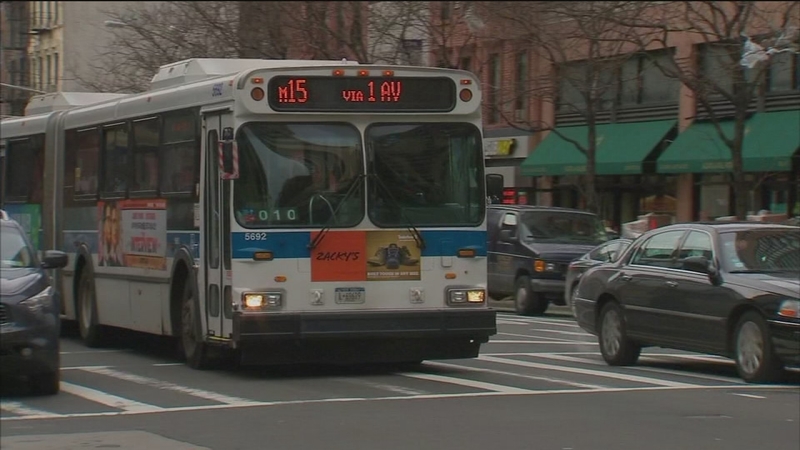 The NYPIRG Straphangers Campaign and Transportation Alternatives on Thursday gave out the annual awards for poor bus service in New York City.

The 13th annual "Pokey" award for slowest local bus route in New York City went to the M79 crosstown. It had the slowest bus speed at 3.2 miles per hour as clocked at 12 noon on a weekday.

The award is a golden snail on a pedestal, and is based on the speed of rides recorded by Straphangers staff and volunteers on 34 routes. Lines were selected because they had high ridership or were historically slow Manhattan crosstown routes.

The winner of the 2014 Schleppie is the local M15; 33 percent of the buses on that line arrive with big gaps in service or bunched together. The award is based on official transit statistics that measure how well buses keep to scheduled intervals. This is the ninth year the Schleppie has been given out.

The M15 local and M15 SBS moved 54,310 riders on an average weekday in 2013 and was ranked the highest route in bus ridership in the city out of a total 192 local bus routes.