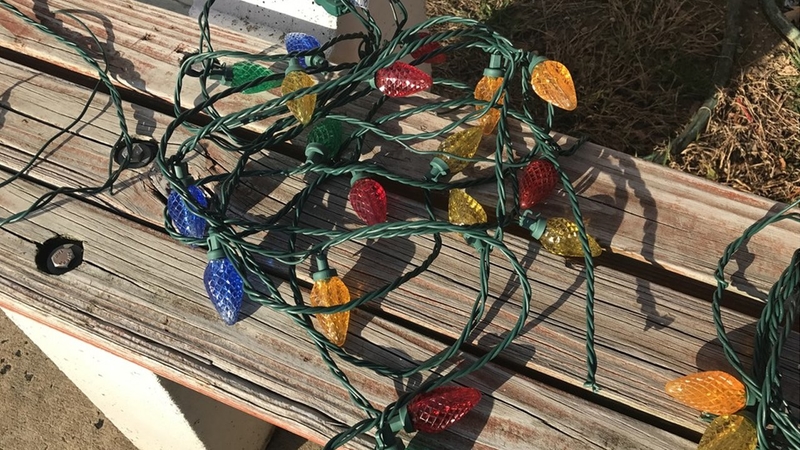 SEA GIRT, New Jersey (WABC) -- It appears that vandals tried to steal some of the holiday spirit in the oceanside town of Sea Girt, New Jersey. Someone sliced and cut the Christmas lights which had been set up for the holiday display. The act took place during the long Thanksgiving holiday weekend.

Workers noticed the damage on Tuesday when they were doing a test on the lights on a Santa display and on the town Christmas tree. They were able to repair the lights on the tree, but the other lights had to be replaced.

Residents of Sea Girt are stunned by the senseless crime. Amy Dafeldecker said, "Somebody is trying to steal the spirit of Christmas."

Another Resident called the vandals "rats," but adds it's probably some kids from the area.

Police say they do not have any suspects, but hope the media coverage would put the public on alert.