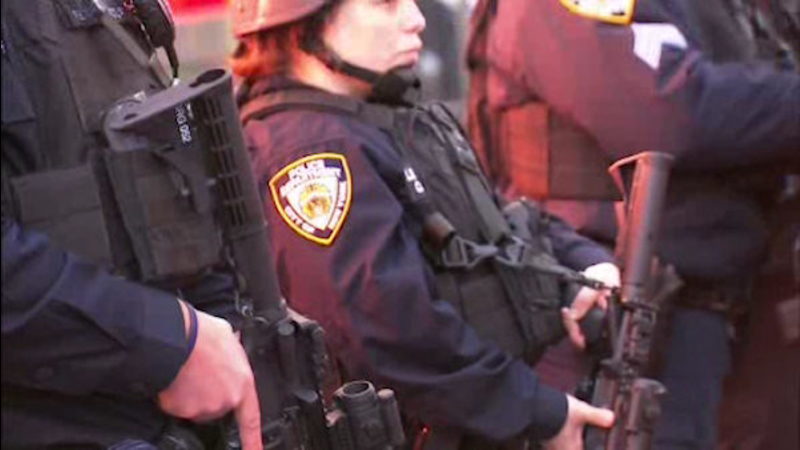 NEW YORK (WABC) -- As this holiday week kicks off, the hard reality is that many New Yorkers have an elevated level of fear.

It may not be justified, but it's slightly understandable.

There is heightened security throughout the tri-state area and now a new app from the governor of New York is encouraging people to report suspicious activity.

You are going to see, if you haven't already, an increase in security in the New York City, including the new highly trained and heavily armed units.

But there is more that you don't see going on behind the scenes.

In an active shooter scenario, police practice moving into a dangerous subway situation.

It's a drill this time, but part of the new offensive to defend against terrorism.

"We are much smarter and that includes the public," said Diego Rodriguez, FBI's Assistant Director in Charge of the New York Field Office.

Security has been increased at many high profile and soft target sights in the city following the recent attacks in Paris.

"Always stay on our game. You can't let your guard down, can ramp up pretty quickly," Rodriguez said.

One of his continuing concerns though is new messaging apps on smart phones.

They are well encrypted and are much harder for the FBI to monitor suspicious activity.

The FBI is now in discussions with technology companies.

"In order to find a way to defeat this type of threat," Rodriguez said.

On the other hand, a new effort to fight terrorism was unveiled Monday by New York State officials with a public service announcement. It shows a van was filled with suspicious material and the ad claims it took four days for people to notice.

You can now download a new mobile app to be able to report suspicious activity.