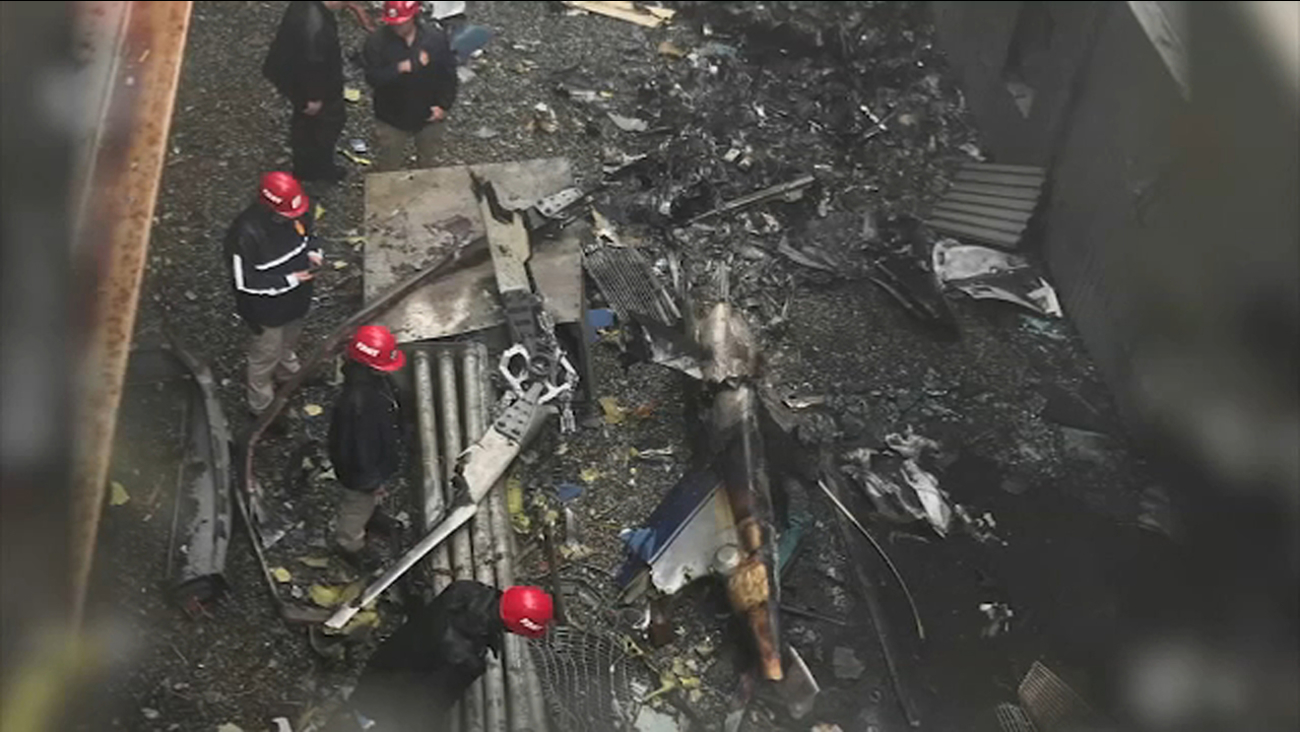 NEW YORK -- The Senate's top Democrat called on the Federal Aviation Administration Sunday to heed warnings from federal safety investigators and require all helicopters be equipped with flight data recorders, commonly known as a "black box."

Sen. Charles Schumer's call for action comes days after a helicopter crashed on the roof of a Manhattan skyscraper , killing the pilot. The helicopter was not equipped with a flight data recorder or a cockpit voice recorder, according to federal investigators.

The National Transportation Safety Board has pushed the FAA to implement its data recorder safety recommendation for years. In documents reviewed by The Associated Press, the NTSB said the FAA has maintained it has been unable to justify the mandate because "the benefits of recorders are difficult to identify and quantify because the absence of a recorder will never cause an accident."

Large commercial planes and some private aircraft are required, under FAA regulations, to have two so-called "black boxes" that record information - a flight data recorder that monitors altitude and other instrumentation, and a cockpit voice recorder, which records radio transmissions and sounds in the cockpit. But there is no such requirement for helicopters.

"To know that the NTSB has been trying for years, without success, to compel the FAA to take action as it relates to making helicopters more valuable to safety by installing flight data recorders is cause for serious concern," Schumer, D-N.Y., said in a statement to the AP.

The FAA said in a statement it was supporting the NTSB's investigation into the New York crash and that it was "premature to consider any actions pending the outcome of the investigation."

The NTSB has been recommending data recorders on helicopters for several years and pushed the FAA to enact new regulations after a medical helicopter crashed in Missouri in 2011, killing four people. Safety investigators said the pilot had been texting and recommended the FAA require all newly manufactured nonexperimental helicopters be required to have both flight data recorders and cockpit voice recorders.

The FAA has not enacted any such requirement.

"In the name of safety, the FAA must take another look at the NTSB's reports on chopper crashes similar to the one in New York City just last week and propel the safety measures that have been collecting dust for far too long," Schumer said.

In a notice to the FAA last year, the NTSB said 159 aircraft involved in crashes from 2005 to 2017 had no form of recording equipment. The NTSB, which is charged with investigating transportation crashes across the U.S., said it was more difficult to investigate with the lack of information.

Of those 159 crashes, the NTSB was not able to determine the probable cause for 18 of them, the agency said. It argues federal investigators would have more information to conduct critical safety probes if the data recorders were installed.

This week's crash was the second in Manhattan in a month and led renewed calls for restricting helicopter flights over the city.

U.S. Rep. Carolyn Maloney, a Democrat who represents the area where the crash occurred, said last week that the FAA must ban "non-essential" flights over Manhattan and pledged to hold the FAA "accountable" for the crash.