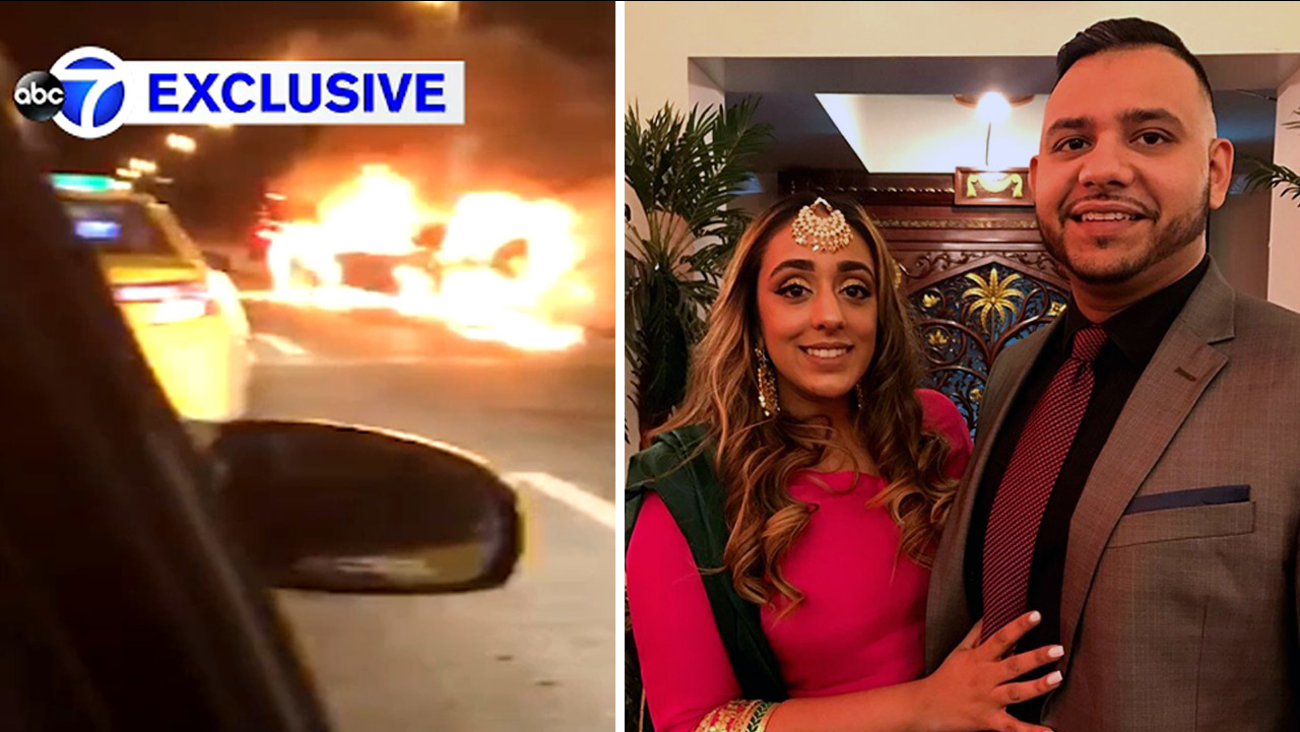 RED HOOK, Brooklyn -- A driver accused of crashing on a New York City highway and fleeing his burning car while leaving his passenger to die has been sentenced to 12 years in prison.

Saeed Ahmad was sentenced Wednesday after pleading guilty to manslaughter in the October 2017 crash on the Brooklyn-Queens Expressway in Brooklyn.

Police say the 24-year-old Brooklyn man lost control and crashed into a barrier. They say he fled the vehicle, leaving 25-year-old Harleen Grewel stranded in the front passenger seat as the car burst into flames.

Prosecutors say Ahmad then got into a cab and left without calling 911 or alerting anyone that a victim was in the car. She was pronounced dead at the scene.

Ahmad was arrested later that day. His blood alcohol tested above the legal limit.