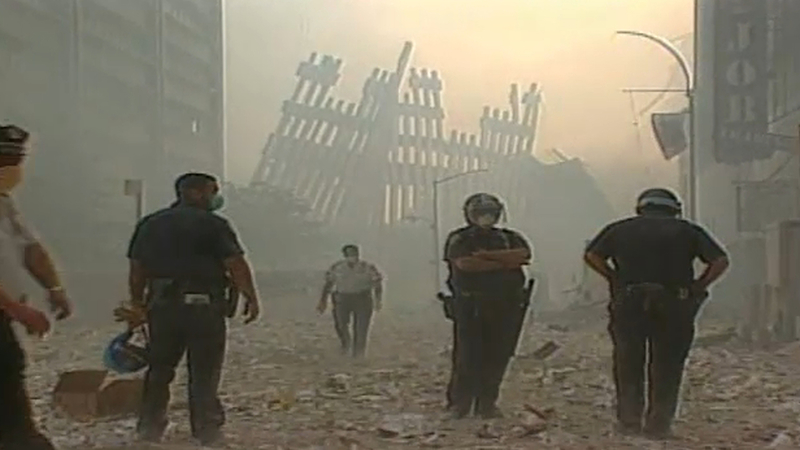 NEW YORK (WABC) -- Many types of cancer have been reported among the life-threatening illnesses that have attacked hundreds of thousands of people who were in the vicinity of Ground Zero after the September 11, 2001 terror attacks.

And now there is a big push to find organ donors for those suffering from 9/11-related illnesses.

"The indication was let's get back to normal as quickly as possible," said Robert Palmer.

Just two weeks after the terror attack in Lower Manhattan, where toxic dust covered everything, Robert went back to work at the municipal building just a few blocks from the Twin Towers.

But in 2008, he was diagnosed with multiple myeloma and a type of autoimmune disease that started attacking his kidneys.

In 2016, they stopped working and now the 65-year-old, whose brother-in-law is actor Ron Perlman, undergoes dialysis three times a week, nearly four hours each session.

He needs a kidney transplant. "It's a super ask, and it's a great gift if someone can muster the courage to do it," Robert said.

NYPD Officer Thomas Alexander, like Robert, was also in Lower Manhattan and at the Staten Island landfill in the days and weeks after 9/11, sifting through what was left of the buildings.

"I didn't even think about my health, it wasn't even a concern of mine," said Officer Alexander.

In 2003 he was diagnosed with kidney cancer and did have a transplant but that kidney is now failing. He too is looking for a donor.

"With a kidney it would help me be with my family again, be that father I was before," he said.
Experts say kidney cancer appears to be part of yet another wave of 911-related illnesses, following conditions like asthma and acid reflux, thyroid and prostate cancer.

"It's certainly related to the exposure, there's no doubt in my mind," said Dr. Michael Crane, who heads up the World Trade Center health program at Mount Sinai.

"We do seem to be having them picked up at a point where we can treat them effectively," said Dr. Crane. "As you know also it's not one of the ones where we can screen effectively."

As for Officer Alexander, even with his health struggles, looking back he says he has no regrets.

"If it's about helping people, trying to save lives I'd do it again," he said.