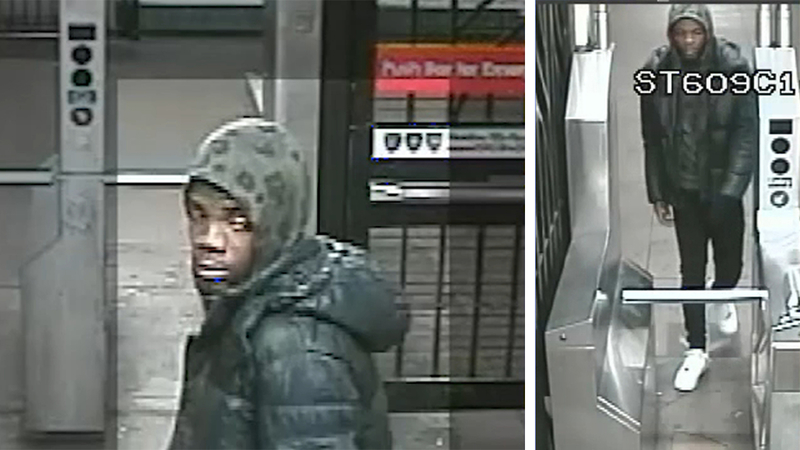 Search for serial groper in Manhattan

MANHATTAN (WABC) -- Police are searching for the man accused of groping several women in Upper Manhattan.

All of the incidents took place over the course of half an hour Tuesday night.

Police say he first followed a woman from the subway into her apartment building on West 149th Street and Broadway in Harlem, where he groped her.

In the third incident, authorities say he covered the victim's mouth and pushed her to the ground as he groped her on the stairs to the St. Nicholas Avenue and West 145th Street subway station.

The man dropped his umbrella before fleeing the scene.