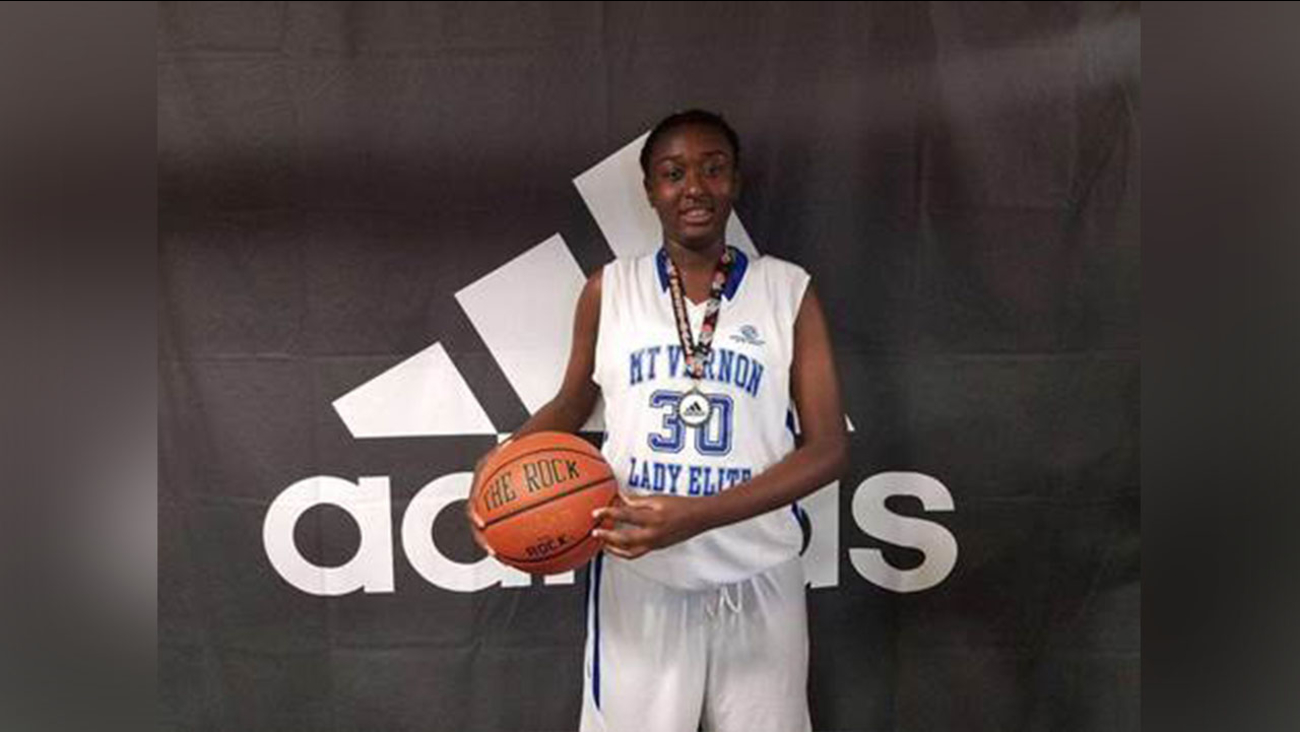 MOUNT VERNON, New York (WABC) -- A mother whose 13-year-old daughter was killed by a stray bullet is facing new losses: Her Mount Vernon home was engulfed in a fire.

Nadine McKenzie was among 12 people displaced by Sunday's blaze at a multi-family house. Sunday was the first anniversary of Shamoya McKenzie's burial.

The eighth-grader was shot iwhile riding home from basketball practice in her mother's car Dec. 31, 2016. Prosecutors say the gunman was aiming for a gang rival of his.

Her mother tells The Journal News the fire is bringing her down, but she's trying to "relax and pray a lot."

Shamoya McKenzie's dreams of playing for the University of Connecticut and in the WNBA came to a tragic end. She was in the passenger seat of her mother's car when gunfire rang out, and Shamoya was struck in the head.

McKenzie, who was 6-foot-2, was already playing for Mount Vernon's junior varsity high school team and had just been called up to the varsity team the day she died. She was described by Mount Vernon school officials and coaches as an excellent student, athlete and role model.