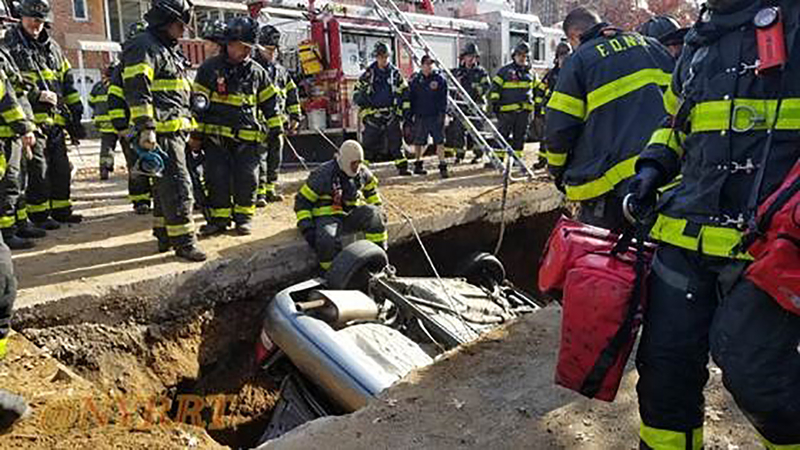 Authorities say the 89-year-old man went around a barricade at a construction site on Bedford Avenue and Avenue V in Sheepshead Bay.

He then plunged his vehicle into the hole, located in the middle of the street.

First responders were able to get him out of the car, and he was evaluated at the scene before being taken to Lutheran Hospital for treatment of non-life threatening injuries.

FDNY Deputy Chief David Maj said it took great skill to get to the driver.

"It was a concern that workers were in the hole at the time," Maj said. "They were not."

The car remained in the hole for several hours, in part over concerns for a gas line and a sewer main at the bottom of the hole that required precautionary measures be taken.

The road was closed for a sewer project, with a valid permit. Officials say a private contractor was installing a sewer in the street at the time the man drove into their construction work.

Con Edison also responded, although they are not the gas provider in this area.