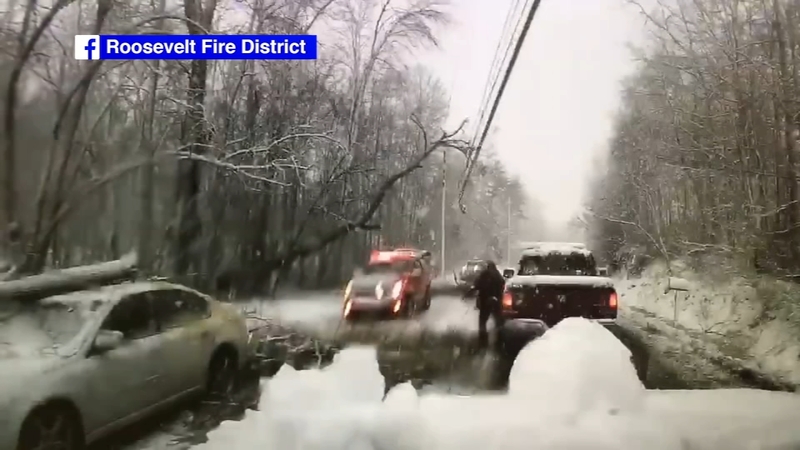 NEW YORK (WABC) -- The clock is ticking with the start of yet another nor'easter expected to dump another round of wet, heavy snow starting Tuesday night and intensifying throughout the day Wednesday. It's not exactly how most residents of the winter-weary northeast were hoping to kick off spring.

It's the fourth nor'easter in three weeks, with many across the region still reeling from the first three that downed trees and power lines and left tens of thousands in the dark. Residents in New Jersey and New York City's northern suburbs were the worst hit during the first two, while the third took aim at coastal Connecticut and the shores of Long Island.

The New York City Department of Sanitation has issued a Snow Alert, and Alternate Side Parking regulations are suspended on Wednesday and Thursday. Commuters are advised to use mass transit where possible.

Jim Dolan reports on the preparations for the nor'easter.

New York City Mayor Bill de Blasio announced that the city's public schools will be closed Wednesday due to the storm.

The bulk of the dangerous, wind-driven snow and sleet is expected to wallop New Jersey, Maryland, Delaware and parts of eastern Pennsylvania before heading off to Nantucket early Thursday.

Lucy Yang reports on the storm preparations in New Jersey.

Upwards of a foot is forecast in New York City area, while Philadelphia could get slightly more. Coastal flood warnings are posted for shore communities.

Sleet and freezing rain are expected by Tuesday afternoon, the first day of spring. The mixed precipitation should turn to all snow by late Tuesday and continue through most of Wednesday.

Widespread power outages are possible, especially Wednesday, with gusts blowing up to 35 mph.