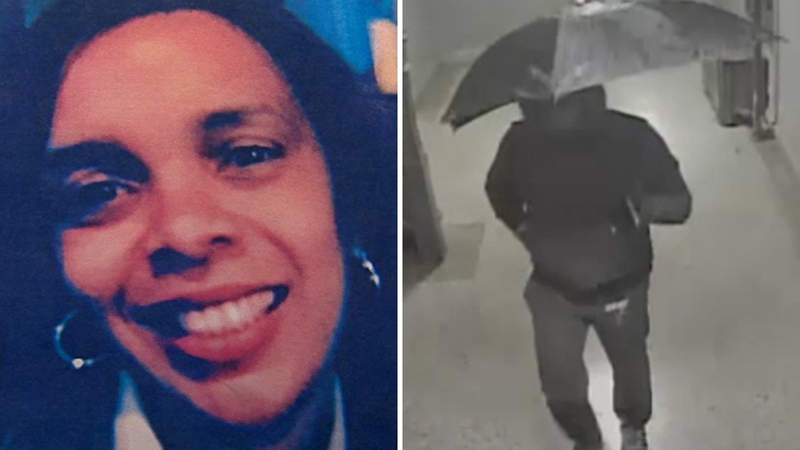 CONCOURSE VILLAGE, Bronx (WABC) -- Police released new surveillance video after a mother was shot and killed through the peephole of her apartment door in the Bronx.

The shooting happened just before 10 p.m. Saturday at the apartment on Grand Concourse. Officials say when 45-year-old Wendy Martinez went to answer the door, there was a shot fired through the peephole.

Authorities say the bullet struck Martinez in the face. She was pronounced dead by ambulance workers who were called to the scene.

The video shows the gunman as he walks up to the door, and then also in the moments right after the gun was fired. He can also be seen running away.

He first walked into the building with an umbrella.

Officials report Martinez' 14-year-old son was home at the time of the shooting and was the one who called for help.

Gomez is convinced the shooting was gang retaliation. He helped Wendy's older son get released from jail without bail after uncovering evidence in a 2014 murder case.

"(They have been) receiving death threats for more than two years, documented in court," Gomez said. "DA was aware as well, but nothing was done, no protective measures taken to protect this family."

The Bronx District Attorney's office said they were never made aware of threats against Martinez or her family.