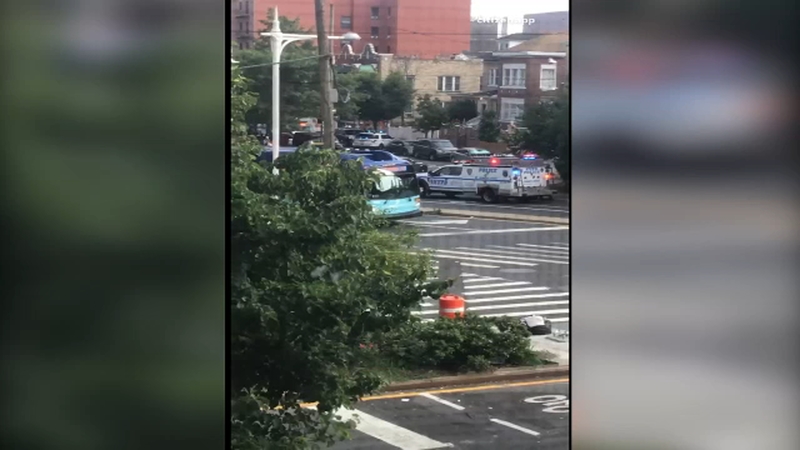 At least 2 injured in Bronx shooting

HUNTS POINT, Bronx (WABC) -- Police are investigating after at least two men were shot in the Bronx on Friday afternoon.

The incident was reported outside a home in the 700 block of Coster Street just after 5 p.m.

Two men were taken to the hospital in serious but stable condition with gunshot wounds. Their injuries were not believed to be life-threatening.

Another man was taken to the hospital with minor injuries, but EMS said those injuries were not from a gunshot wound.

Three men fled the scene and one of the men was on crutches.

It is not yet clear what led to the shooting.