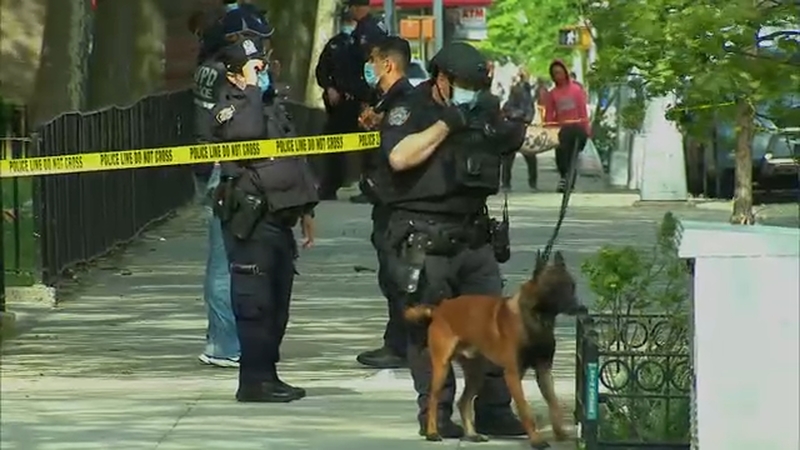 BROWNSVILLE, Brooklyn (WABC) -- A 62-year-old man was shot and killed inside his apartment, and police have arrested one of the victim's neighbors.

The incident was reported inside an apartment on Sutter Avenue around 3 p.m. Tuesday.

Police say a male suspect knocked on Angel Medina's door, and a woman answered and checked with Medina whether or not the person should be allowed inside.

Medina told the woman to allow the man inside the apartment, and that is when he was shot and killed.

When police arrived, they discovered Medina dead with a gunshot wound to the torso.

Police said Wednesday that 39-year-old Gregory Spears was arrested and charged with murder and criminal possession of a weapon.

The victim lived in apartment 14H, while Spears lived in 14B.

Few other details were released, but police say the shooting stemmed from an ongoing dispute.