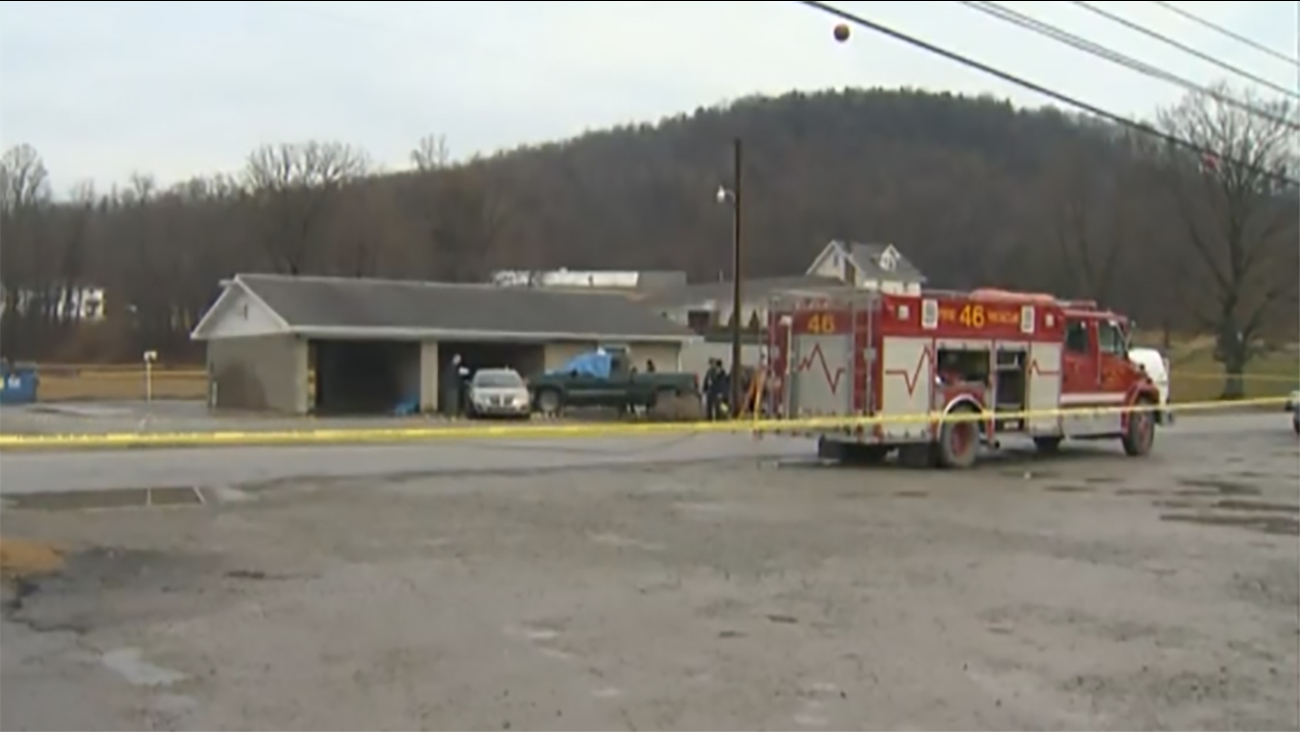 MELCROFT, Pennsylvania -- Five people were found dead early Sunday at a car wash in suburban Pennsylvania and police say they have no motive yet for the shooting, though family members of the victims say a domestic dispute spurred the violence.

The shooting at Ed's Car Wash occurred shortly before 3 a.m. in the Melcroft community of Saltlick Township, about 55 miles (89 kilometers) southeast of Pittsburgh. The victims were identified only as three men and two women in their 20s and 30s. One person was injured.

Authorities were trying to determine if the shooter was among those found. A woman told The Pittsburgh Post-Gazette that her 29-year-old husband was among the victims, but authorities say they have not confirmed the identities of any victims.

Family members of the victims told WPXI-TV the shooting was the result of a domestic dispute. They claim the shooter was a man who used to date one of the victims.

Ed Bukovac, who owns the car wash, told The Pittsburgh Tribune-Review that a neighbor called him around 4 a.m. Sunday and said something was wrong at his business. Bukovac said police were on the scene by the time he arrived and that he had few other details about what happened.

A man who lives nearby told the newspaper that he heard about 30 gunshots over a span of several minutes.

Three vehicles were towed from the location. Two were pickup trucks - including the one that two of the victims were found in - and the other was a sedan.
Report a correction or typo
Related topics:
shooting
Copyright © 2022 by The Associated Press. All Rights Reserved.
TOP STORIES
9 people hospitalized with gunshot wounds in Newark
2 boys, ages 11 and 13, stabbed in brawl outside NYCHA complex
Woman killed while pushing stroller believed to be targeted: sources
Woman, 86, recognized as longest-serving flight attendant
14-year-old tiger dies after contracting COVID-19 at zoo
Victim's sister speaks out on Queens triple murder mystery
Plane crashes into CT river; 2 people, dog rescued
Show More
AccuWeather: Very hot and humid
Cruise ship hits iceberg in Alaska, returns to Seattle for repairs
Bus driver retires after 4-decades with Liberty Lines Transit
Vintage Burger King found behind wall inside Delaware mall
Body of missing man recovered in water near Long Beach
More TOP STORIES News