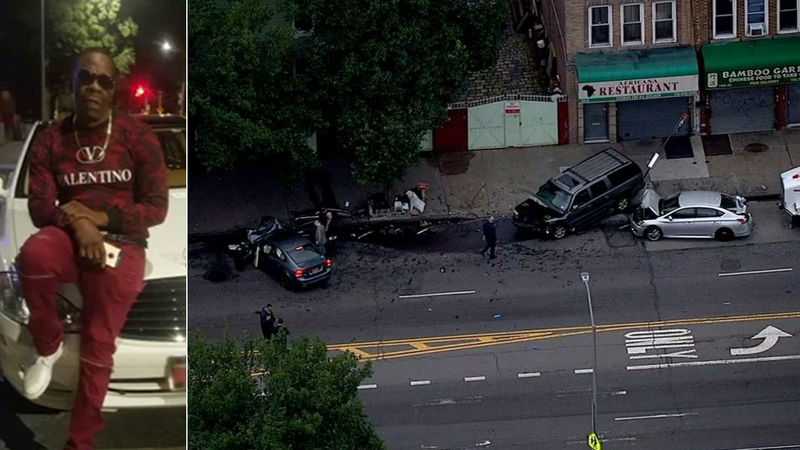 JAMAICA, Queens (WABC) -- A man shot at a nightclub in Queens attempted to drive away from the scene, but crashed just a half a block away and died.

It happened near Liberty Avenue and Liverpool Street in Jamaica around 3:30 a.m. Monday. Police say the man had been leaving the Jouvay Club when a car drove by, firing at people outside.

Authorities do not believe the victim, 59-year-old Errol Blackwood, was the intended target.

The married father of four and grandfather of three was struck and got into his silver Volvo and drove off, but he crashed shortly after and was found slumped over in his steering wheel with gunshot wounds in his body.

Blackwood's wife had a message for the person responsible.

"You have no idea what you've done," Annmari Blackwood said. "My husband was a good man and he had friends who would get into disputes, and he would get involved trying to help somebody out and straighten everything up. He was that kind of person."

A man in another parked vehicle nearby ran over to help, but it was too late.

"I heard a gun shot, I look up, and he went from the eastbound lane into the westbound lane and straight into the cars that were parked," a witness told Eyewitness News, exclusively. "It was out of the blue, out of the moment, and I feel bad for the guy that died. He got shot over nothing, nothing."

A vehicle he believed to be the suspect's stopped briefly before taking off for the Van Wyck Expressway.

Blackwood was rushed to Jamaica Hospital, where he was pronounced dead.