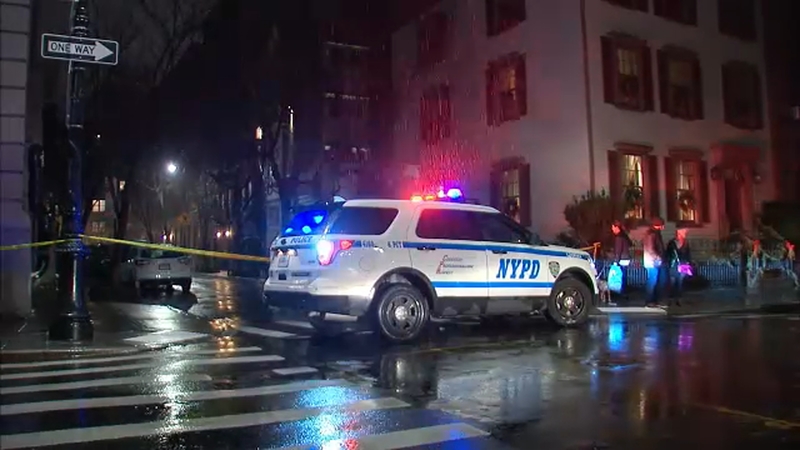 GREENWICH VILLAGE, Manhattan (WABC) -- A 62-year-old man was fatally shot in his own apartment in Greenwich Village on Monday night.

The shooting was reported in the 100 block of Bedford Street just before 5 p.m.

Police say Johnathan Berlin was shot in the stomach inside his apartment. He was taken to Lenox Health Greenwich Village in critical condition where he died from his injuries.

Police say they found marijuana and scales in the victim's apartment -- evidence of drug dealing -- which may mean the shooting wasn't random and the victim could have been targeted for the drugs.

Sources say a man in his 30s knocked on the apartment door under the guise of buying drugs. When he got inside, things apparently turned violent.

Police say Berlin's wife was home at the time of the shooting.

Authorities say they have surveillance video of a man leaving the area with a black plastic bag.