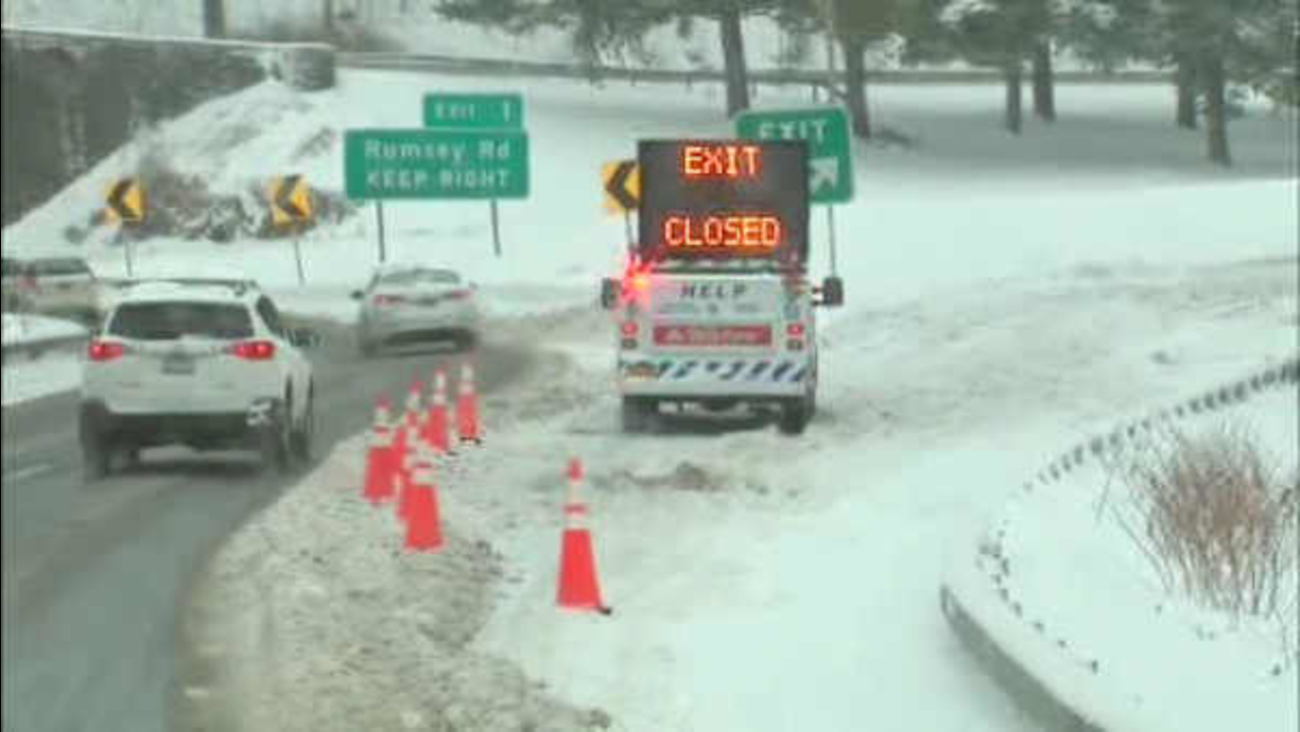 YONKERS (WABC) -- An investigation is underway after a man was found shot Monday morning on the Saw Mill River Parkway in Westchester County.

Police say the man in his 20's was found at about 5:45 a.m. with a gunshot wound to his midsection on the southbound part of the highway in Yonkers, near the westbound Cross County Parkway.

He was taken to St. Joseph's Medical Center in Yonkers where he is being treated for the gunshot wound.

The victim told county police that he was shot after he was involved in a confrontation with another man. Because the man is receiving medical care, he has not been interviewed extensively by county police.

The circumstances of the incident, including where it occurred, remain under investigation by detectives from the Westchester County Police.

The ramp from the westbound Cross County Parkway to the southbound Saw Mill River Parkway in Yonkers reopened after being closed due to the investigation.