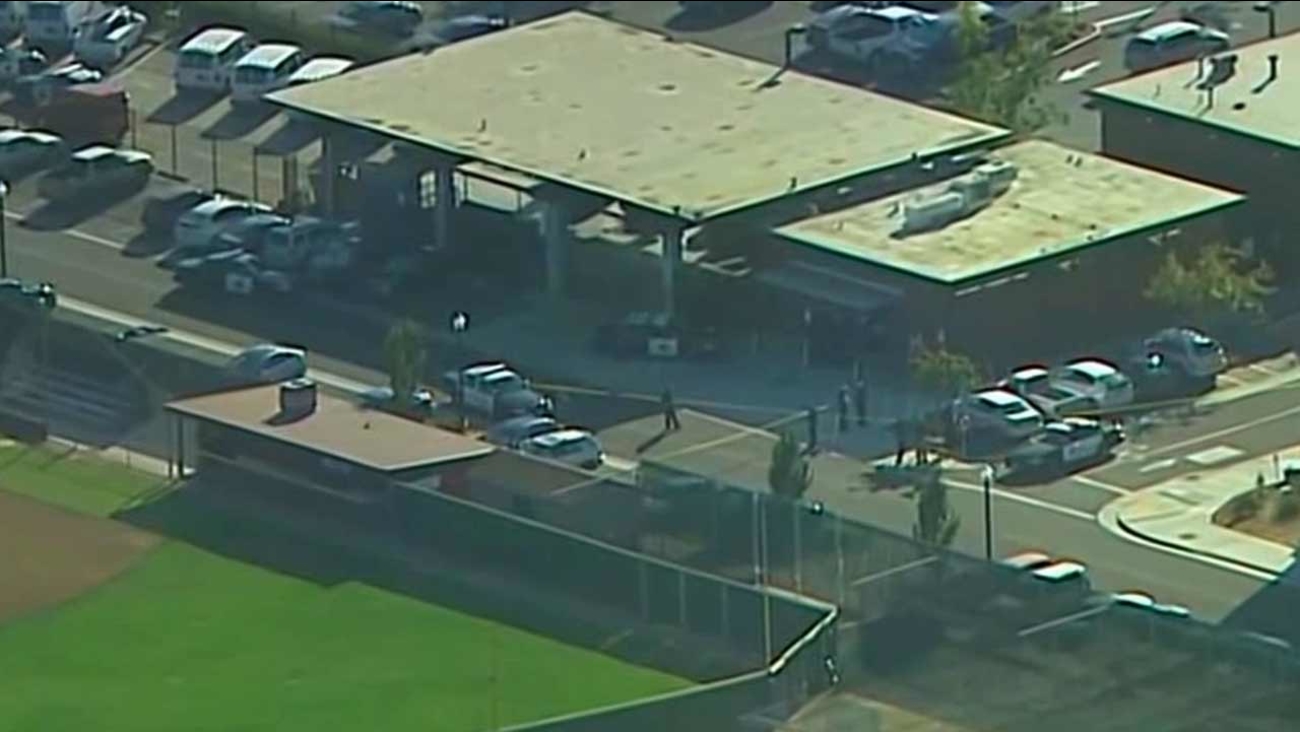 Three people were shot, one fatally, near a baseball field on the campus of Sacramento City College on Thursday, Sept. 3, 2015.

SACRAMENTO, Calif. -- Law officers searched for a gunman after one man was shot to death and two others wounded in a parking lot at the edge of a Sacramento community college campus, officials said.

The suspect ran from the scene after the shooting near a campus baseball field on Thursday afternoon, and was not found in a sweep of the campus and surrounding neighborhood, Sacramento police Sgt. Doug Morse said.

One victim was declared dead at the scene, another was hospitalized and expected to survive, and the third was only grazed by a bullet and was being questioned by investigators, authorities said.

The shooting began as a verbal dispute between the group of men, one of whom pulled out a gun and fired, said Dustin Poore of Los Rios police, who patrol Sacramento City College.

"A preliminary investigation revealed that a physical altercation between two groups of subjects, further escalated when a knife and gun were produced," police said in a news release late Thursday."It is believed that the victim of the fatal shooting was involved in the altercation." The release added that gang involvement wasn't being ruled out.

Two of the victims were students at the school, but it wasn't immediately clear which two.

It was also unclear whether the gunman has any ties to the school, and police have not given a motive.

The suspect, wearing a white T-shirt and cargo shorts, ran from the scene and remained at large hours later.

The campus was locked down for about two hours before police officers had cleared all the buildings and allowed students and staff to leave, Morse said.

Police descended from all directions on campus shortly after the gunfire broke out, and students told to stay in their classrooms and lock the door were filled with fear.

"My stomach dropped," student Lars Beesom told KCRA-TV. "It was definitely really, really scary, but we all stayed calm.

Beesom added, "It's school. It's supposed to be a good environment, and you don't want to be scared here."

Jackie Flores, 50, who lives across the street from the parking lot, said she heard four or five shots fired. "It all happened so fast," she told the Sacramento Bee.

Classes were in session at the two-year college in central Sacramento with a student body of about 25,000. The fall semester began Aug. 22.