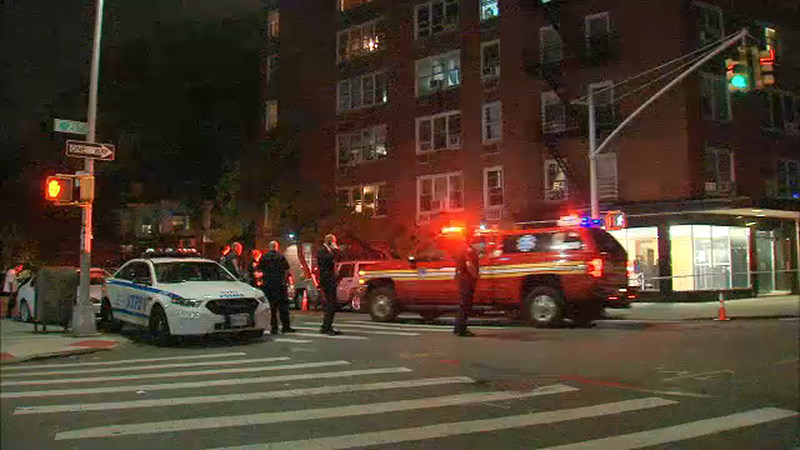 FLATBUSH, Brooklyn (WABC) -- Police are searching for a gunman who opened fire in Brooklyn Monday evening, hitting two women were just walking by.

The incident happened shortly before 6 p.m. on East 21st Street between Newkirk Avenue and Ditmas Avenue in Flatbush.

Authorities believe a group of men were involved in a dispute when one man allegedly pulled out a weapon. He is believed to be in his late teens or early 20s.

A 26-year-old woman was shot in the leg. The other woman, age 50, was hit in the arm. They were not the intended targets, police say.

The women were taken to Kings County Hospital. Both are expected to survive.