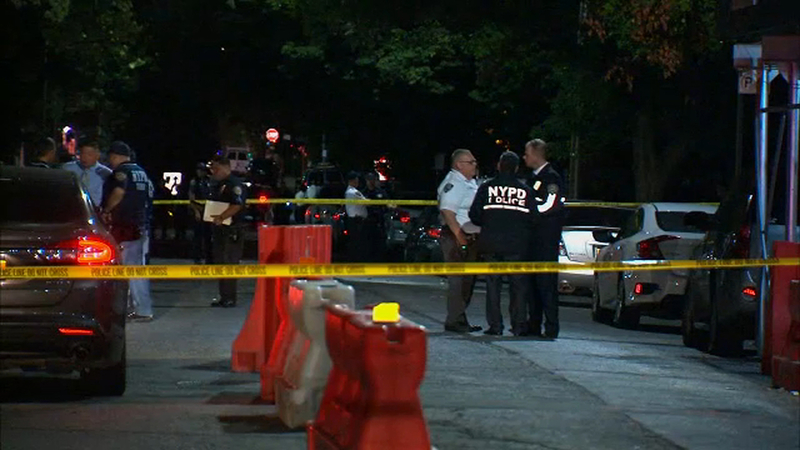 BROWNSVILLE, Brooklyn (WABC) -- Police say a masked man who opened fire on an unmarked NYPD car in Brooklyn was killed in a shootout with officers early Monday.

The incident began shortly after 2:30 a.m., when officers patrolling the area of Howard Avenue and Dumont Avenue in Brownsville noticed a suspicious man wearing a mask covering his face.

According to the NYPD, the man fled when police tried to talk to him, then fired several shots at the police car. One officer got out and exchanged fire with the suspect.

He fled the scene, but 30 minutes later a resident called police to say someone was trying to break into their house on Howard Avenue.

Officers responded and confronted the man in the backyard, where there was a shootout. The NYPD said additional officers responded, and a total of 55 shots were fired.
The suspect was hit multiple times and taken to Brookdale Hospital where he later died.

"The great work by our cops today demonstrates once again how they never hesitate to go into harm's way to keep our city safe," NYPD Chief of Department Terence Monahan said.

Police recovered a semi-automatic handgun at the scene. None of the seven officers involved in the incident were injured.