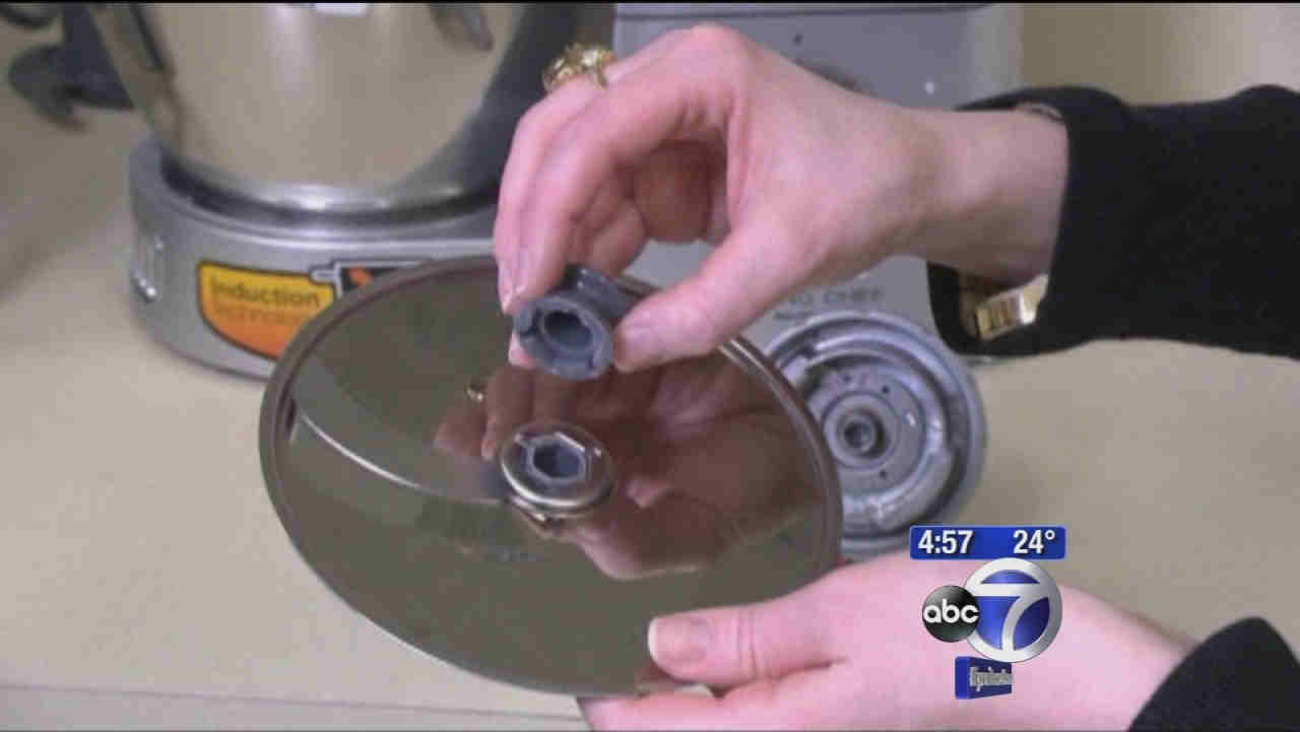 First a $200 Krups Convection Toaster Oven. When testers set the oven to toast on its darkest setting, the display just quit at about the two-minute mark.

"It happened with all four of the Krups toaster ovens Consumer Reports tested. Now the units did eventually turn off and finish their cycle, so it's not a safety issue, but we do think it's no way to start
your morning," said Dan DiClerico.

"For two-thousand dollars you'd expect the best, but we found some major issues with the food processor attachment," adds DiClerico.

With the first Cooking Chef, the food processor blade kept spinning for nine seconds after lifting the lid. The exposed slicing disc had enough power to cut through this carrot.

DiClerico says, "With the second one we tested, the blade stopped sooner, but we did discover some other issues."

The plastic hub on a slicing disc broke, then one of the screws at the bottom of the drive shaft assembly sheared off.

"Our data shows that many appliances are actually lasting longer and performing better, but if you do spot a problem, notify Consumer Reports as well as the Consumer Product Safety Commission," adds DiClerico.

Consumer Reports contacted Hamilton Beach about its design. The company said it's 2-Way FlexBrew coffeemaker is safe, that it has sold more than 91-thousand of them and has received no reports of burns from the warming plate. However, the company says it will give a refund to anyone who asks for one.

As for that two-thousand dollar Kenwood mixer, the company says it has a replacement part, but Consumer Reports was not able to find it.