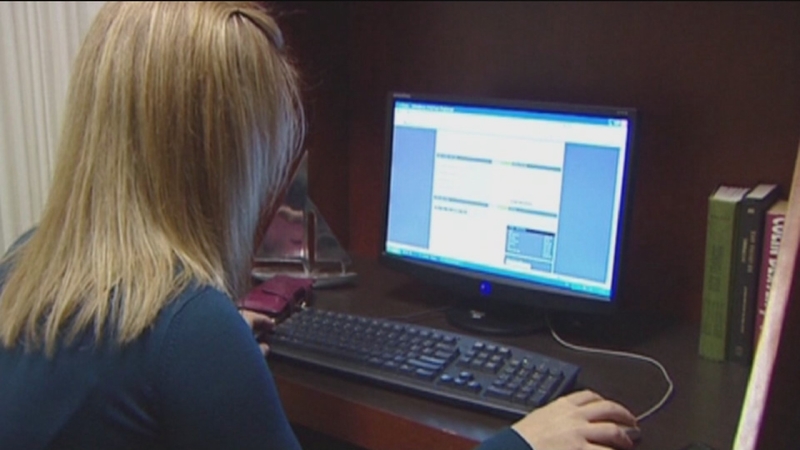 NEW YORK -- Shoppers traded bricks for clicks on Monday, flocking online to snap up "Cyber Monday" deals on everything from cashmere sweaters to Star Wars toys.

Now that shoppers are online all the time anyway, the 10-year-old shopping holiday has lost some of its luster as online sales on Thanksgiving and Black Friday pick up. But enough shoppers have been trained to look for "Cyber Monday" specific sales to ensure the holiday will still mean big bucks for retailers.

It's too early for sales figures, but Monday is still expected to be the biggest online shopping day ever, likely racing up more than $3 billion in sales, according to comScore. Adobe, which tracks 200 million visitors to 4,500 retail websites, said $490 million had been spent online as of 10 a.m. E.T. on Monday, the latest data available. That's 14 percent higher than a year ago.

"A lot of people wait to see if deals are better on Cyber Monday," said Forrester Research analyst Sucharita Mulpuru.

New Yorker Anna Osgoodby was one of the many online shoppers who spread her purchases throughout the holiday shopping weekend. On Black Friday, she took advantage of a 35 percent sale at online accessories retailer ashandwillow.com, buying earrings, a necklace and bracelet. Then she bought earrings and clutches on Monday during its 40 percent off sale.

"That extra 5 percent convinced me to buy a few more," she said.

Some hot sellers were in scarce supply by early afternoon on Monday. At Target, a Swagway hoverboard was sold out by early afternoon. The electronic transportation gadget had been $100 off at $399. Drones and some Star Wars toys were hard to find as well.

"There are certain hot products, hover boards seem to be a phenomenon, they're selling out everywhere," said Scot Wingo, chairman of ChannelAdvisor, which provides e-commerce services to retailers.

Adobe found 15 out of 100 product views returned an out-of-stock message as of 10 a.m., two-and-a-half times the normal rate.

And there were a few brief outages at sites like Neiman Marcus and Target and online payments company PayPal reported a brief interruption in service.

Retailers have been touting online deals since the beginning of November. And they no longer wait for Monday to roll out Cyber Monday deals, either. Amazon started "Lighting Deals" on Saturday and Wal-Mart beginning all of its Cyber offers on 8 p.m. on Sunday.

"It's no longer about one day, but a season of digital deals," said Matthew Shay, president of retail trade group The National Retail Federation.

That seems to have taken a toll on brick-and-mortar shopping. Frenzied crowds seemed to be a thing of the past on Black Friday - the busy shopping day after Thanksgiving - and sales fell to $10.4 billion this year, down from $11.6 billion in 2014, according to preliminary figures from research firm ShopperTrak.

"Consumers are recognizing the Internet is the place to go for a deal any time, any day," said Gene Alvarez, managing vice president of research firm Gartner.

"I personally skip Black Friday just to shop Cyber Monday," said Mark Flores, a parks and recreation director from Lynwood, California. But this year, he started online shopping on Black Friday, buying five pairs of Sorel and Uggs shoes for gifts and eight Chromecasts that were two for $50 instead of $35 off. He planned to shop on Cyber Monday too, but did not find compelling deals. "Nothing standing out so far," he said midmorning on Monday.

Research firm comScore expects online sales to rise 14 percent to $70.06 billion During the November and December shopping period, slowing slightly from last year's 15 percent rise. Online sales make up 10 percent of overall retail sales, but that increases to 15 percent during the holidays as online shoppers snap up Black Friday and Cyber Monday deals, according to research firm Forrester.

The name "Cyber Monday" was coined in 2005 by the National Retail Federation's online arm, called Shop.org, to encourage people to shop online. The name was also a nod to online shopping being done at work where faster connections made it easier to browse. Now, even with broadband access, Cyber Monday continues to be a day when retailers pull out big promotions..