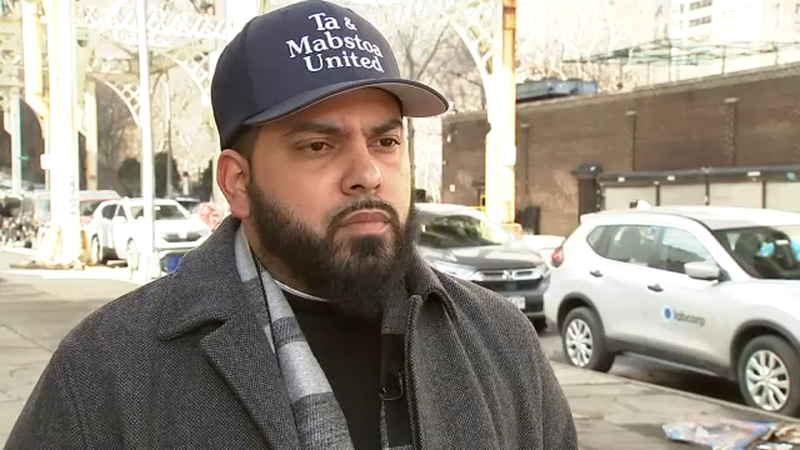 Exclusive: Bus driver speaks after bullets fly with 30 people onboard

EAST HARLEM, Manhattan (WABC) -- One MTA bus driver spoke exclusively with Eyewitness News about the scary moments when his bus was struck by a bullet in broad daylight.

Frank De Jesus says it was frightening. He was driving his M101 bus along 125th Street, Sunday afternoon when he turned onto Lexington Avenue.

That's when he heard gunfire and screams.

"I mean as soon as it happened, a lady screamed out, 'They're shooting!' The bullet hit the window. There was no doubt. You can hear the gunshots. There was about five at first and I think there was another seven afterwards," said De Jesus.

Frank was desperate to find safety, so he pulled over to the side of the street.

De Jesus says he had no idea where the shots were coming from, but did his best to move the bus and get his passengers to safety.

"I figured I'd move the bus and try to get away, as far as possible and inadvertently, it seems that we ran right into the intersection where it was happening," said De Jesus.

When the shooting stopped, a bullet was found lodged in the side of the bus, inches from one of his passengers.

De Jesus says more needs to be done to make the streets safer. Because bullets can fly anywhere at any time.

"From what I heard myself, I thought it was about 13 shots. The detectives at the scene told me there was at least 17 casings or 15 casings found," said De Jesus.