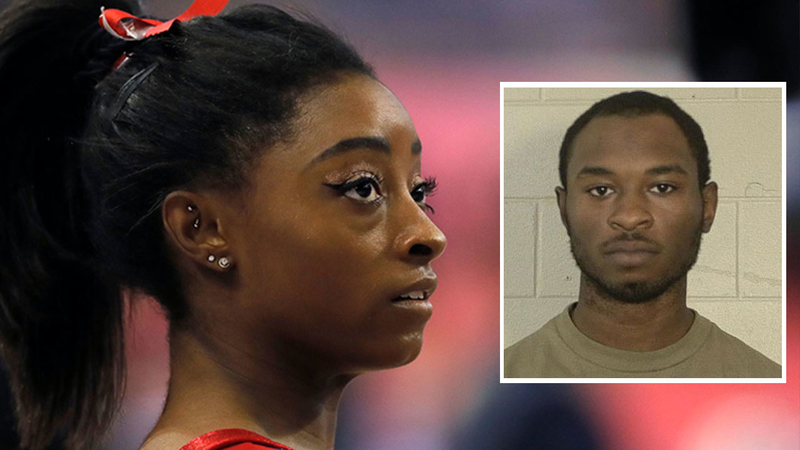 CLEVELAND, Ohio -- Famed U.S. gymnast Simone Biles is breaking her silence days after her brother was indicted for his alleged role in an Ohio triple murder.

Biles turned to Twitter Monday night to express her grief and to ask for privacy as her family deals with the arrest.

"(S)till having a hard time processing last weeks news," Biles wrote on Twitter, along with the image of a statement, which reads, "My heart aches for everyone involved, especially for the victims and their families. There is nothing that I can say that will heal anyone's pain, but I do want to express my sincere condolences to everyone affected by this terrible tragedy. I ask everyone to please respect my family's privacy as we deal with our pain. XO."

Tevin Biles-Thomas, the brother of Simone Biles, sits in a Georgia jail cell after his arrest in a triple homicide on New Year's Eve in Ohio.

Cleveland police said at the time of the shooting, a group of men showed up to a party uninvited, and were asked to leave.

Moments later, investigators said shots were fired into the crowd of people, and they identified Biles-Thomas as a shooter.

DelVaunte Johnson, 19, and Toshaun Banks, 21 died at the scene. A third victim, identified as Devaughn Gibson, 23, died at a hospital. Two other people were wounded in the shooting.
Authorities in Liberty County, Georgia said Biles-Thomas was arrested at Fort Stewart, where he is a cannon crewmember assigned to 3rd Infantry Division. He joined the Army in 2014.

Biles was placed in foster care at a young age and did not grow up with Biles-Thomas, according to multiple media reports. She and her younger sister were raised by their grandparents, Nellie and Ron Biles.

Biles-Thomas is expected in court Sept. 13.