Priest bans man from singing at his grandma's funeral 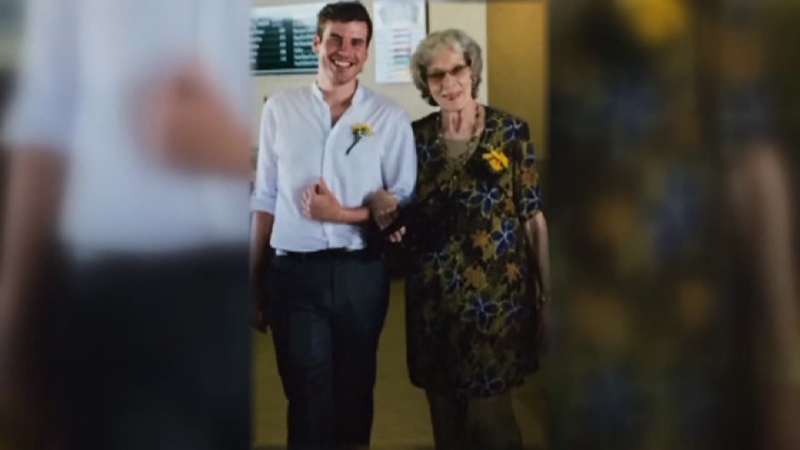 DECATUR, Indiana -- A man is getting a ton of support on social media, after a priest banned him from singing at his grandmother's funeral -- all because he attended a gay-pride festival.

Connor Hakes wanted to honor his grandmother in the best way he knew how -- with music, but he quickly learned the church's leader had other plans.

"(Rev. Bob Lengerich) told me that I would not be able to sing at my grandmother's funeral," he said.

Lengerich is a relatively new priest at St. Mary's in Decatur.

WANE reports it all stemmed from a Facebook picture of Hakes and his friends at a gay pride festival.

Hakes said, "This priest, Father Bob, had judged me and really formed an opinion about me without ever communicating with me."

In a letter he wrote that allowing Hakes to sing would "scandalize the congregation and community."

And if he wanted to sing for his grandmother, he'd have to do it "outside of mass and outside of church."

Hakes said, "This was coming from a man, a priest out of my home parish, that I have always felt very loved and welcomed in. And all of a sudden I felt very ostracized."

So he took his frustration to social media, posting the letter and condemning its message.
It was shared nearly 850 times, with more than 420 comments.

Hakes said, "I'm a firm believer in self-respect and standing up for one's self."

Hakes says he and his family have been longtime members of the church, and that the whole thing has caused a rift in the congregation.

Hakes said, "You know there are people that are going to be supportive of (the priest) and there are other people in disbelief of what has happened to me."

Hakes says he doesn't blame the church members for what happened. But he prays that father Lengerich will change his ways.

Hakes said, "I pray honestly for the softening of his heart and that he becomes a better leader for the Catholic Church."

Hakes has sung a number of times for the congregation in the past.

St. Mary's Parish issued a statement saying the "diocese is working on fostering a healing and reconciliation between the pastor and the Hakes family."