The sisters, 10 and 12, were lucky to escape with only minor injuries following the accident in the middle of an intersection.

Police believe the girls were on their way to a Dunkin' Donuts. The Acura wound up on its side on Manor Road in Manor Heights.

Giovanni Biscello works at a bagel store steps away and was stunned by what he saw.

Police say the two girls took their dad's car for a ride, lost control and flipped. 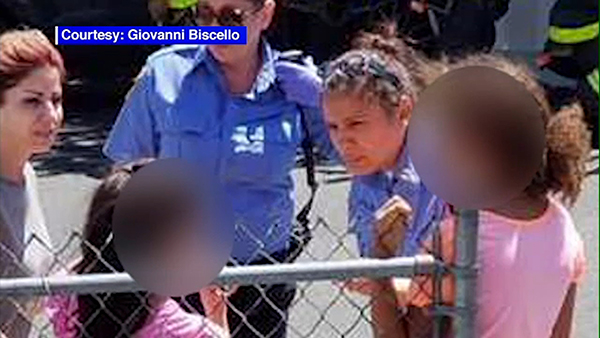 The emergency service unit rolled the car back over. Remarkably neither the sisters nor anyone on the street was seriously hurt.

"I think there was an angel watching over them," said Biscello. "Finally two ladies calmed them down and they went home in an Uber."

Police are trying to determine where the girls' parents were at the time of the incident.