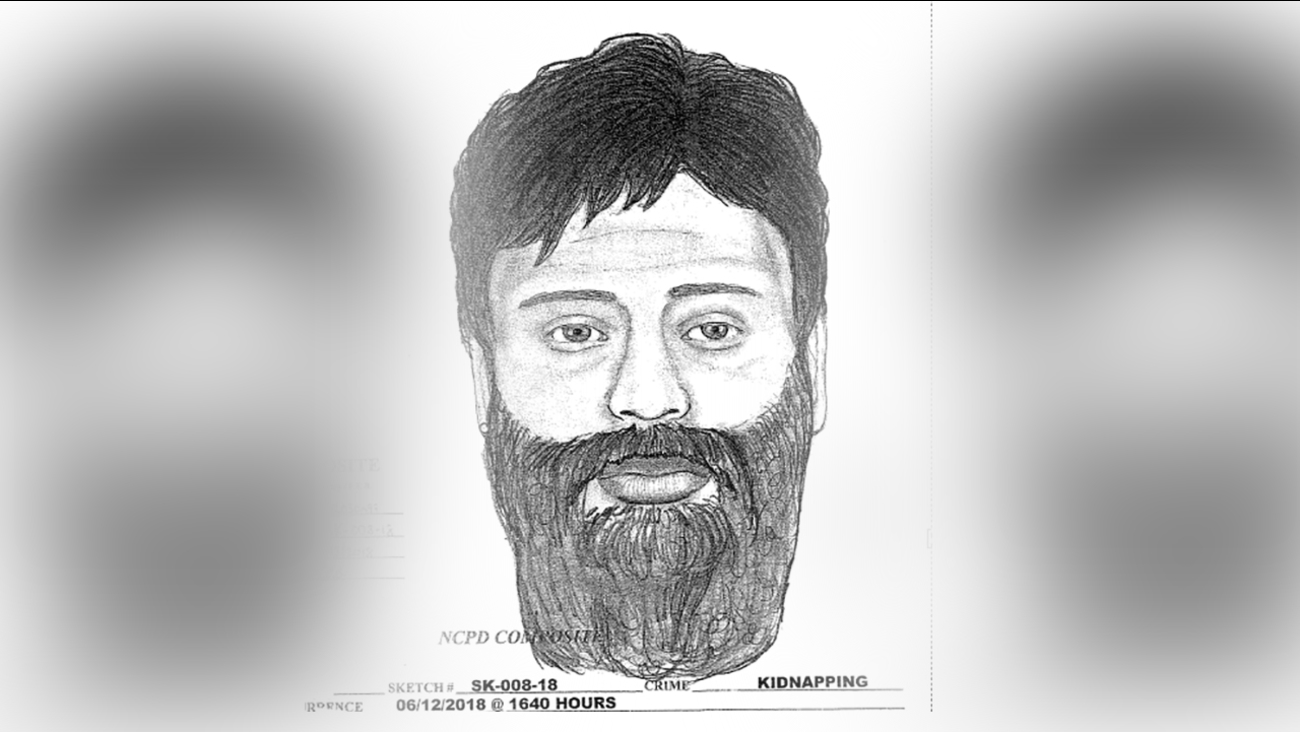 MINEOLA, Long Island (WABC) -- Police have released a sketch of a suspect in the attempted kidnapping of two girls playing in a yard on Long Island.

The 8-year-old girls were playing in the yard of a home on Maple Place in Mineola just before 5 p.m. on Tuesday when they say they were attacked by two men who tried to kidnap them.

According to detectives, the men confronted the victims and chased them around the yard.

Police say one man pushed a girl to the ground and struck her in the face, but she screamed and kicked him, causing both suspects to flee the scene.

The second girl was able to run away.

One of the men fled in a dark-colored car while the other fled on foot in an unknown direction, police said.

The girls alerted their parents, who called 911.

Both suspects are described as having dark skin and beards, wearing yellow pants and blue shirts.

Seen him? Sketch of a suspect now released in that attempted kidnapping case in a Mineola. Two 8-year-old girls say they were playing in a gated backyard when they were approached. 1 girl says she was pushed down and struck twice in the face. Call Crimestoppers! 1-800-244-TIPS. pic.twitter.com/gYQVwu55ZH

Detectives request anyone with information to contact Nassau County Crime Stoppers at 1-800-244-TIPS. All callers will remain anonymous.