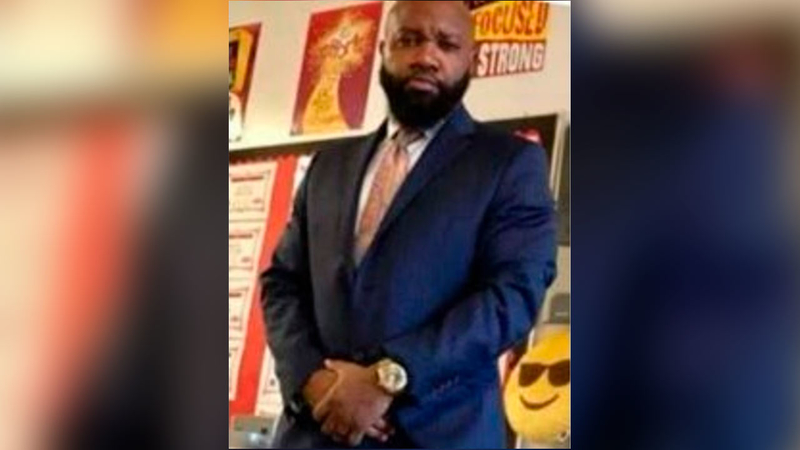 EAST ORANGE, Essex County (WABC) -- East Orange High School teacher Kofi Owens was remembered as a shining light and living example of how to treat others during a candlelight vigil Tuesday night.

The ceremony outside Stem Academy, where Owens taught, was attended by several hundred people including community leaders, coworkers, students, friends and family members whose lives he touched.


Owens, 45, was shot and killed last Friday morning while sitting in his parked car on South 16th Street in East Orange, according to law enforcement. Owens' 25-year-old son was also shot in the leg, but survived.

Witnesses said Owens had been mentoring a young man on the street where he was killed. Police have yet to name a suspect.

"No words are enough to describe the pain that we all felt the moment we learned someone had taken the life of Brother Owens," East Orange Mayor Ted Green said. "This type of violence will not be tolerated in my city, in our city at all. We are working aggressively with all law enforcement agencies to make sure those who are responsible are brought to justice using every measure necessary. We will not let Brother Owens death be in vain."

The Essex County Sheriff Armando Fontoura Crime Stoppers Program announced Tuesday an up to $10,000 reward for information leading to an arrest and conviction of the person or person responsible for the killing.

During the vigil, Owens' mother, Gloria Owens, addressed the gun violence that took her son's life and called on the community to stand for change by impacting the lives of young people like her son had done while he lived.

"It takes a village to raise a child," Gloria Owens said. "Who are you raising today? Who are you mentoring today? So, I am asking that you rise up and raise this village in Kofi's name."

One student at Stem Academy described Owens as a father-like figure with a big personality and impeccable style.

"Mr. Owens taught me to be better," student Anissa Jean Pierre said, "And from this day going forward, I will always try to be great, to act better because I know better."

"He had a way of making everyone feel like he was their best friend," co-worker and friend Charity Gracie said. "He never judged others or picked sides. He saw the good in everyone and brought even the most diverse people together."

Owens' wife, Sharonda Owens, fought back tears while thanking the community for its support.

The vigil coincided with National Night Out, a yearly event that seeks to promote safety and positive relationships between the community and police.

The ceremony closed as all those in attendance locked arms and sang "This Little Light of Mine" in Owens' memory.

Another event in Owens' honor was scheduled for Wednesday evening.

That rally was set to take place in the area where Owens was killed on S. 16th Street, between Canal Avenue and 9th Avenue.