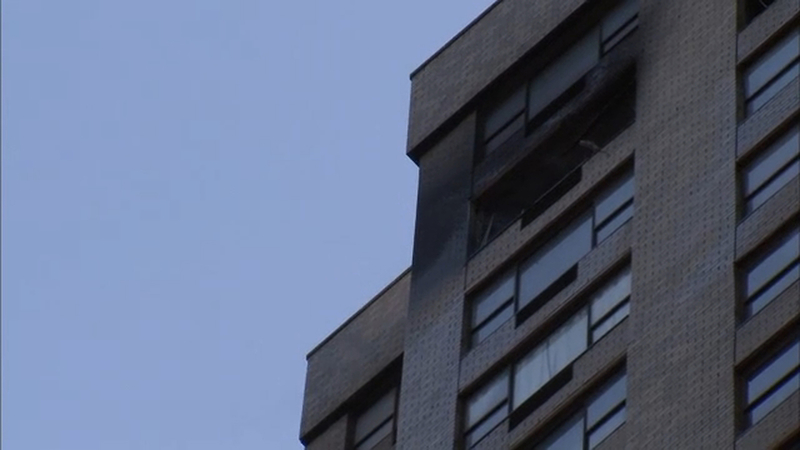 MIDTOWN, Manhattan (WABC) -- Fire officials say smoking was the cause of a second-alarm fire that killed a man in a Midtown Manhattan apartment Christmas morning.

The fire broke out on the 35th floor of the Carnegie Mews high-rise on West 56th Street near Seventh Avenue just after 7:30 a.m.

The resident, 76-year-old John Doktor, was pronounced dead in the fire apartment.

"It was a heavy, wind-driven fire," Assistant Chief Joe Woznica said of the blaze that sent smoke billowing toward a blue sky. He added that the conditions made it "pretty hot and dangerous" for the 25 fire department units that responded to the scene.

The fire occurred on 56th Street in an area of Manhattan crowded with tourists celebrating the Christmas holiday.

It broke out several blocks from St. Patrick's Cathedral and Rockefeller Plaza, where tens of thousands of people each week pour into midtown to see one of the world's most famous decorated trees.

Comedian Jackie Mason's daughter, Sheba, told the New York Post that she lives on building's sixth floor and was woken abruptly and told to rush out.

"I'm wearing my pajamas," she said as sirens blared around her.

The fire drew over 100 firefighters before it was placed under control at about 9 a.m.

The fire was contained to the fire apartment and the building was not evacuated.

A smoke alarm was present and operational in the apartment.