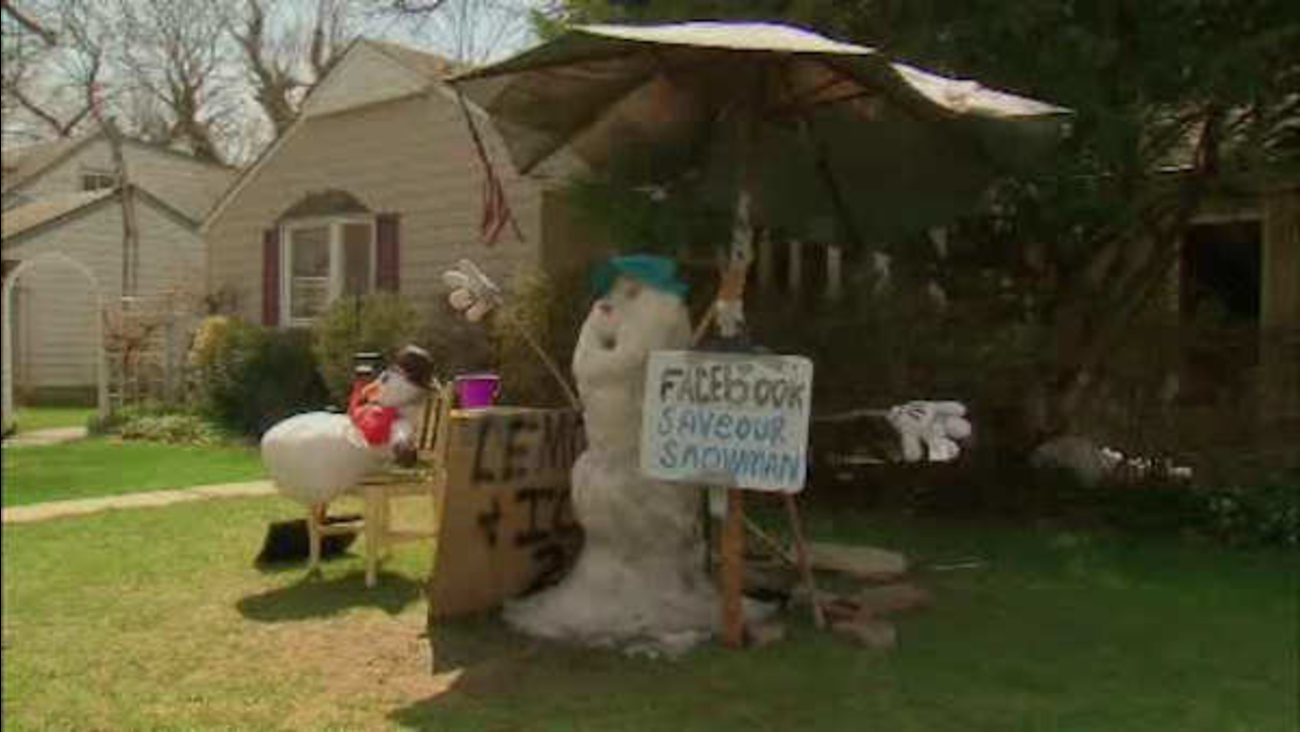 It originally stood over nine feet tall in late January.

He's even set up a Facebook page called Save the Snowman, which drew more than 3,000 likes.

Mike's job got that much tougher Saturday, with temperatures climbing into the mid-70s. So he called for "snownations" and received fresh powder brought in from Vermont to keep the snowman from melting.

"It started out as a small project for fun, and it's morphed into the ongoing snow saga," he said. "And it's a great thing that makes everybody smile and happy, and we're having fun with it still."

He usee an umbrella to shield the snowman from the sun, but despite his efforts, he confirmed Monday that the snowman was no more.