12 things you need to know about Friday's ticker-tape parade in NYC for the U.S. women's soccer team 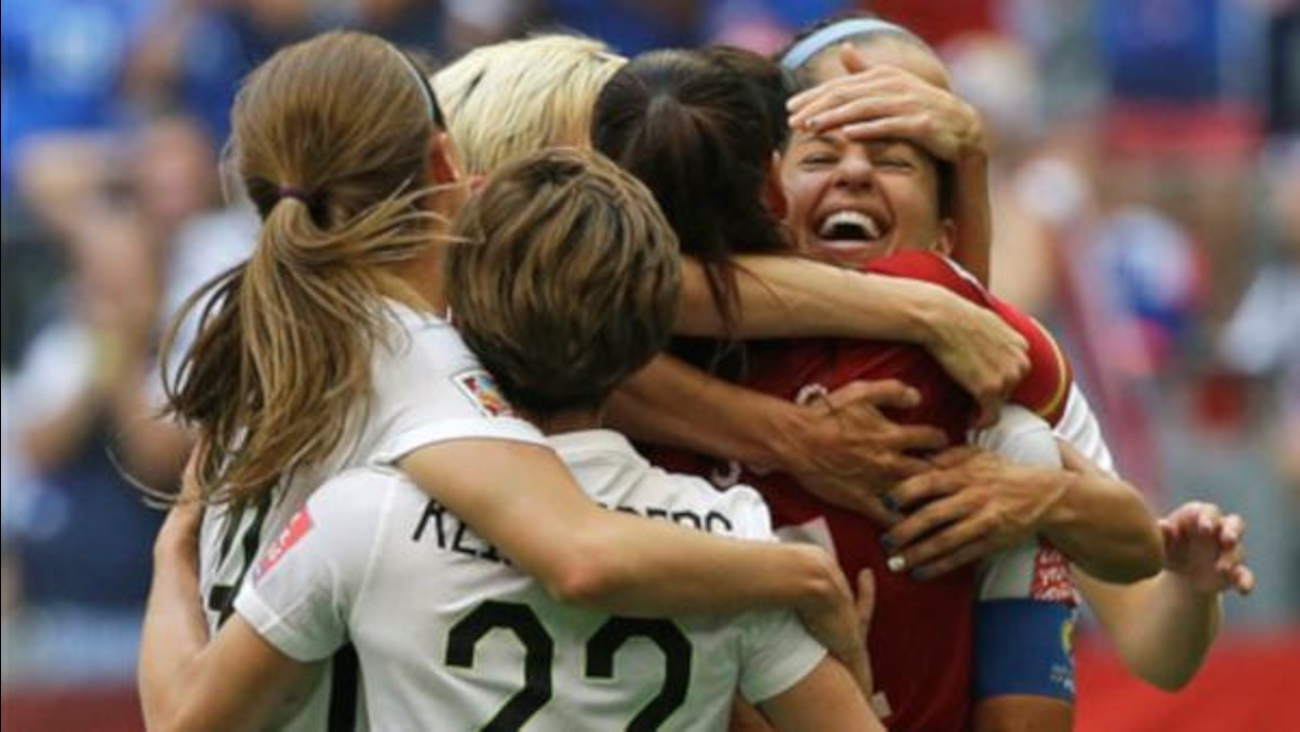 NEW YORK (WABC) -- How much will Friday's ticker-tape parade for the U.S. women's soccer team in New York cost the city, and what is the parade route? We compiled answers to those questions and more about Friday's event.

The team defeated Japan 5-2 on Sunday in Canada to win the World Cup. After much attention, including a social media campaign started by Eyewitness News Sports Anchor Rob Powers, the city decided to throw its own parade to celebrate.

Here are 12 questions and answers about Friday's events:

Q1: What is the route?
A: The route will follow the Canyon of Heroes, which runs north from the Bankruptcy Court on Broadway to Chambers Street. It will turn one block past Chambers and go north to Worth Street, then to Lafayette.

Q2: What is the time of the parade?
A: The parade starts at 11 a.m. Friday. There will be remarks made at City Hall Plaza at 1 p.m.

Q3: What streets will be closed?
A: The NYPD will be providing details soon. Keep checking 7Online for the latest details.

Q4: Who are the special guests?
A: Robin Roberts, anchor for ABC's Good Morning America, and Heather Mitts, former member of the U.S. Women's National Team and studio analyst for FOX.

Q5: Will all team members be in attendance?
A: Yes, all 23 will take part in the parade.

Q6: What is the cost of parade?
A: The cost is $2 million total, with $1.5 million coming from the city and $450,000 in private donations. The city will continue to raise private funds in an attempt to further defray public funds. Factors for the cost of the parade include security, personnel and cleanup costs, as well as float decorations.

Q7: Who are the sponsors?
A: MLS, Nike, Mondelez International, and Electronic Arts are sponsoring. Others will be announced later.

Q8: How much did the Giants' parade cost and was any of it sponsored?
A: About $2 million, and yes, some of it was sponsored.

Q10: How many people have requested tickets for the 1 p.m. City Hall Plaza event?
A: More than 12,000 people called or went online to request tickets during a two-hour registration window Wednesday. A raffle will be conducted to select the winners.

Q12: Do I need a ticket or need to register to view the parade?
A: No, tickets are not required for parade attendees -- only ceremony attendees.