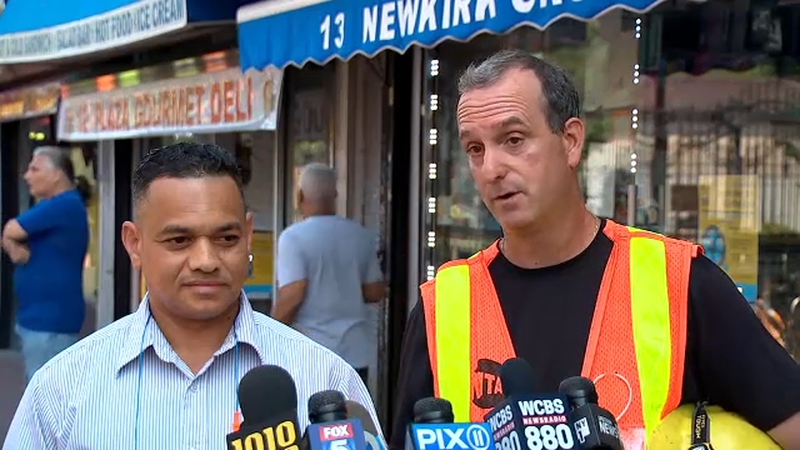 FLATBUSH, Brooklyn (WABC) -- Two MTA workers are being recognized for quick-thinking teamwork that prevented a tragedy in Brooklyn.

It happened Wednesday morning at Newkirk Plaza station in Flatbush.

The MTA says signal maintainer Anthony Mannino was working at the station when he saw a woman on the northbound local track.

He didn't waste a second and quickly flagged the operator of an oncoming Q train to let him know there was trouble on the tracks.

"I didn't have anything other than my vest, thank God I had my vest on cause he was able to see the vest," Mannino said.

"Once I saw him coming across the tracks, I knew something was wrong," Moreno said.

Moreno said he'll never forget the blank look on the woman's face as he stopped the train about three feet away from her.

The woman was unharmed and simply walked away. By the time police arrived she was gone.

"I really believe it's God's way of saying she got a second chance," Mannino said.
The MTA praised the workers' "quick actions and diligence," and described them as heroes.

The incident came just a week after a similar incident, in which an MTA operator stopped a G train in time to avoid hitting a woman on the tracks at Fulton Street station in Brooklyn.