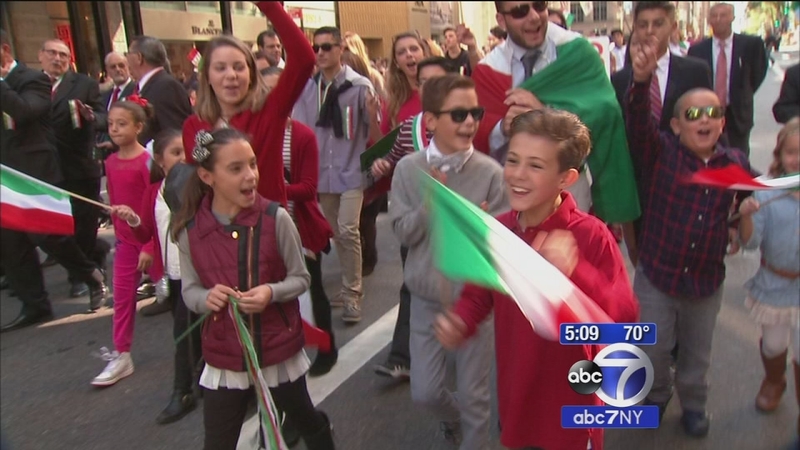 Channel 7 is your home for the Columbus Day Parade, hosted by our own Ken Rosato and Michelle Charlesworth, as well as Joe Piscopo and Maria Bartiromo.

Beyond commemorating Columbus, the parade has also become a celebration of New Yorkers of Italian heritage.

New York Gov. Andrew Cuomo and Mayor Bill de Blasio are each of Italian descent. They were warmly received along the route.

But the two men have been locked in a bitter political feud and did not interact during the festivities.

The crowds were enthusiastic on a mild fall day, but the parade also annually elicits criticism.

Some people gathered near the parade to celebrate what they called Indigenous People Day out of protest of Christopher Columbus' treatment of Native Americans.

The Columbus Citizens Foundation organizes the parade, which is a culmination of a celebratory weekend that raises money for education.