WABC
By Dan Krauth
NEW YORK (WABC) -- While many protests over the death of George Floyd in police custody have been peaceful, police say some are using the situation to incite violence.

Twitter suspended the account of a white supremacy organization it says was posing as a far left group.

It's accused of putting out wrong information to incite violence, and the social media company is now investigating hundreds of other accounts.

"People who came to do violence in a systematic organized fashion, that is a different reality we need to grapple with," New York City Mayor Bill De Blasio said.

Police have arrested two attorneys -- who they call professional agitators -- accused of throwing Molotov cocktails at an NYPD vehicle. They also arrested another woman they say was arrested 11 times in 11 states for acts of violence and resisting arrest.

ABC News found of those getting arrested across the country from Minneapolis to Miami to Houston, they have primarily lived in the states and communities where they've been arrested. However, officials haven't released the specific arrest data for New York City yet.

"As we see with anything, there will be bad apples, and some people have expressed their rage in a variety of ways," said Chivona Newsome, a co-founder of Black Lives Matter of Greater New York. "But we need to stop focusing on the tactics and tools, and we need to start focusing on the end goal. And that's to stop police brutality."

She believes the looting is discrediting the calls for justice for the death of George Floyd and the message behind the movement.

"I'm outraged, but not by the looting," she said. "I'm outraged that people care more about someone looting than about a man being murdered on film."

Instagram: @DanKrauth
Report a correction or typo
Related topics:
societynew york cityprotestnypd7 on your side investigationlootinggeorge floydviolence
Copyright © 2020 WABC-TV. All Rights Reserved.
7 ON YOUR SIDE INVESTIGATION 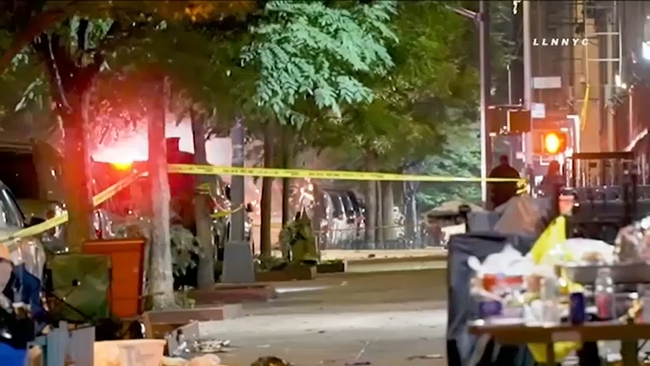