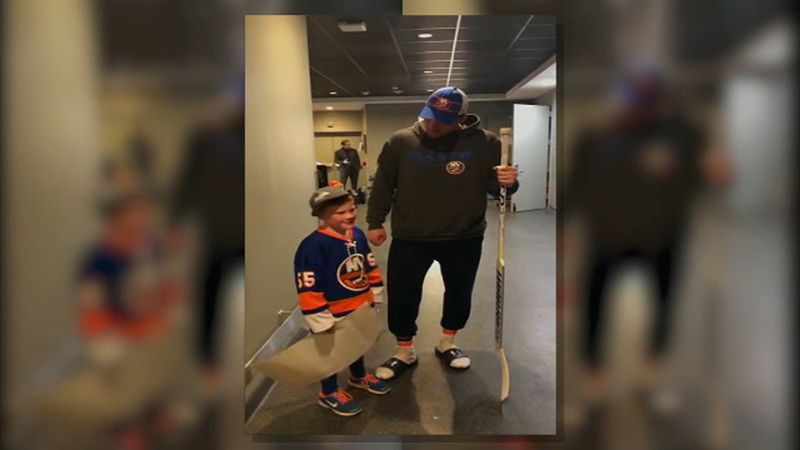 FRANKLIN SQUARE, Long Island (WABC) -- An act of kindness from a local hockey star made the day of one young fan from Long Island.

One of his wishes was a hockey stick from his favorite New York Islander.

He was a bit nervous, but the boy from Franklin Square put on a brave face as he stood next to Islanders goalie Robin Lehner.

"I cried because these things are big milestones for me, because they are all things they said he never would be able to do," said Jack's mother Lauren Kiefer-Foley.

The magic meeting came after Monday's game at Nassau Coliseum.

The day before, Lauren had posted a video on social media of Jack asking the goalie for his hockey stick, part of his wish list.

The second-grader has spent more time in the hospital than most kids his age. Jack was born with half a heart, and had to have the three surgeries before he was even two years old.

"I believe he has a plethora of guardian angels looking out for him, especially my brother who I lost on 9/11," said Lauren. "He was a New York City firefighter, Michael Kiefer."

Jack's checklist was a family project, listing things he was determined to accomplish.

And if Jack had a number 4 on his list, what would it be? "Be an Islander for a day," he said, adding that he's ready to hit the ice.