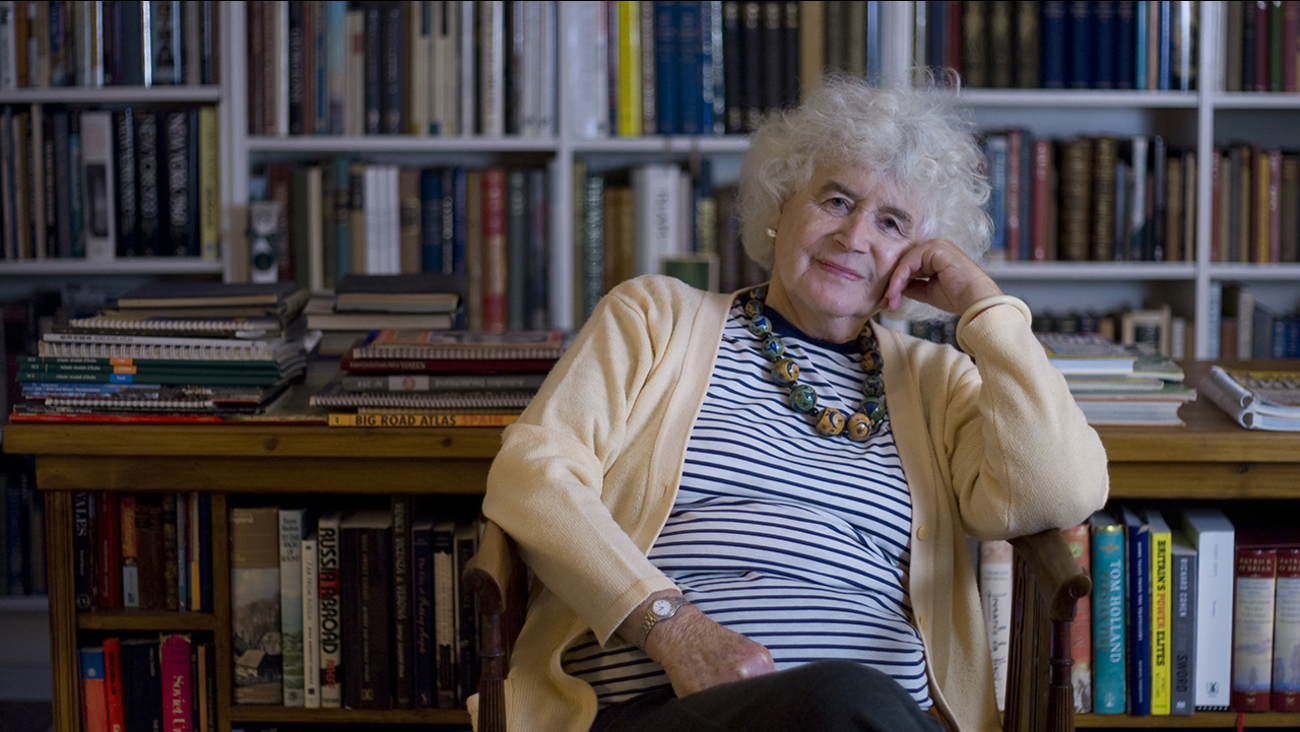 Jan Morris, the celebrated journalist, historian, world traveler and fiction writer who in middle age became a pioneer of the transgender movement, has died at 94. (Getty)

NEW YORK -- Jan Morris, the celebrated journalist, historian, world traveler and fiction writer who in middle age became a pioneer of the transgender movement, has died at 94.

Morris died in Wales on Friday morning, according to her literary representative, United Agents. Her agent Sophie Scard confirmed her death. Morris had been in failing health. Additional details were not immediately available.

The British author lived as James Morris until the early 1970s, when she underwent surgery at a clinic in Casablanca and renamed herself Jan Morris. Her best-selling memoir "Conundrum," which came out in 1974, continued the path of such earlier works as Christine Jorgensen's "A Personal Autobiography" in presenting her decision as natural and liberating.

"I no longer feel isolated and unreal," she wrote. "Not only can I imagine more vividly how other people feel: released at last from those old bridles and blinkers, I am beginning to know how I feel myself."

Morris was a prolific and accomplished author and journalist who wrote dozens of books in a variety of genres and was a first-hand witness to history. As a young reporter for the Times, she accompanied a 1953 expedition to Asia led by Sir Edmund Hillary and, on the day of Queen Elizabeth II's coronation, broke the news that Hillary and Nepalese Sherpa mountaineer Tenzing Norgay had become the first climbers to scale Mount Everest.

She was so concerned that rival reporters would steal her scoop she used coded language for the dispatch back home, relayed through an India military radio outpost: "Snow conditions bad stop advanced base abandoned yesterday stop awaiting improvement."

In 1956, for the Manchester Guardian, she helped break the news that French forces were secretly attacking Egypt during the so-called Suez Canal crisis that threatened to start a world war. The French and British, who also were allied against Egypt, both withdrew in embarrassment after denying the initial reports and British prime minister Anthony Eden resigned within months. In the early 1960s, she covered Adolf Eichmann's trial in Jerusalem.

Morris went on to receive praise for her immersive travel writing, with Venice and Trieste among the favored locations, and for her "Pax Britannica" histories about the British empire, a trilogy begun as James Morris and concluded as Jan Morris. In 1985, she was a Booker Prize finalist for an imagined travelogue and political thriller, "Last Letters from Hav," about a Mediterranean city-state that was a stopping point for the author's globe-spanning knowledge and adventures, where visitors ranged from Saint Paul and Marco Polo to Ernest Hemingway and Sigmund Freud.

The book was reissued 21 years later as part of "Hav," which included a sequel by Morris and an introduction from the science fiction-fantasy author Ursula K. Le Guin.

"I read it ('Hav') as a brilliant description of the crossroads of the West and East ... viewed by a woman who has truly seen the world, and who lives in it with twice the intensity of most of us," Le Guin wrote.

Morris' other works included the memoirs "Herstory" and "Pleasures of a Tangled Life," the essay collections "Cities" and "Locations" and the anthology "The World: Life and Travel 1950-2000." A collection of diary entries, "In My Mind's Eye," came out in 2019.

Born James Humphrey Morris in Somerset, with a Welsh father and English mother, Morris remembered questioning her gender by age 4. She had an epiphany as she sat under her mother's piano and thought that she had "been born into the wrong body, and should really be a girl." For some 20 years she kept her feelings secret, a "cherished" secret that became a prayer when at Oxford University she and fellow students would observe a moment of silence while worshipping at the school cathedral.

"Into that hiatus, while my betters I suppose were asking for forgiveness or enlightenment, I inserted silently every night, year after year throughout my boyhood, an appeal less graceful but no less heartfelt: 'And please, God, let me be a girl. Amen,'" Morris wrote in her memoir.

"I felt that in wishing so fervently, and so ceaselessly, to be translated into a girl's body, I was aiming only at a more divine condition, an inner reconciliation."

To the outside world, James Morris seemed to enjoy an exemplary male life. She was 17 when she joined the British army during World War II, served as an intelligence officer in Palestine and mastered the "military virtues of "courage, dash, loyalty, self-discipline." In 1949, Morris married Elizabeth Tuckniss, with whom she had five children. (One died in infancy).

But privately she felt "dark with indecision and anxiety" and even considered suicide. She had traveled the "long, well-beaten, expensive, and fruitless path" of psychiatrists and sexologists. She had concluded that no one in her situation had ever, "in the whole history of psychiatry, been 'cured' by the science."

Life as a woman changed how Morris saw the world and how the world saw Morris. She would internalize perceptions that she couldn't fix a car or lift a heavy suitcase, found herself treated as an inferior by men and a confidante by women. She learned that there is "no aspect of existence, no moment of the day, no contact, no arrangement, no response, which is not different for men and women."

Morris and her wife were divorced, but they remained close, and, in 2008, formalized a new bond in a civil union. They also promised to be buried together, under a stone inscribed in both Welsh and England: "Here lie two friends, at the end of one life."
Report a correction or typo
Related topics:
societynew yorktransgendercelebrity deathsobituary
Copyright © 2020 by The Associated Press. All Rights Reserved.
CELEBRITY DEATHS 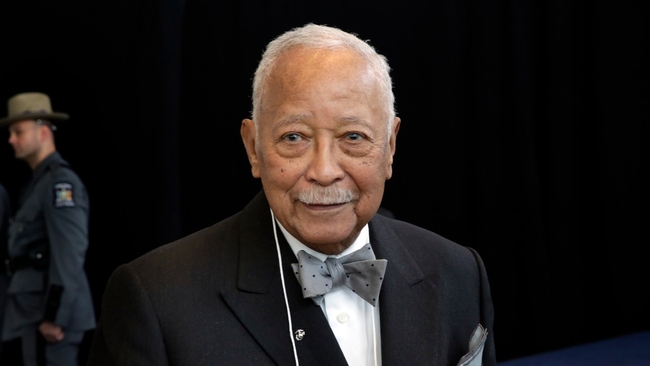