WABC
By Kristin Thorne
AMAGANSETT, Long Island (WABC) -- Some Long Island Rail Road riders and other residents across Suffolk County are alarmed after they say KKK propaganda has appeared on their trains and in their neighborhoods.

Sandoval said he spotted KKK flyers as he was getting off an LIRR train in Amagansett recently.

Here's a photo he took of the flyer: 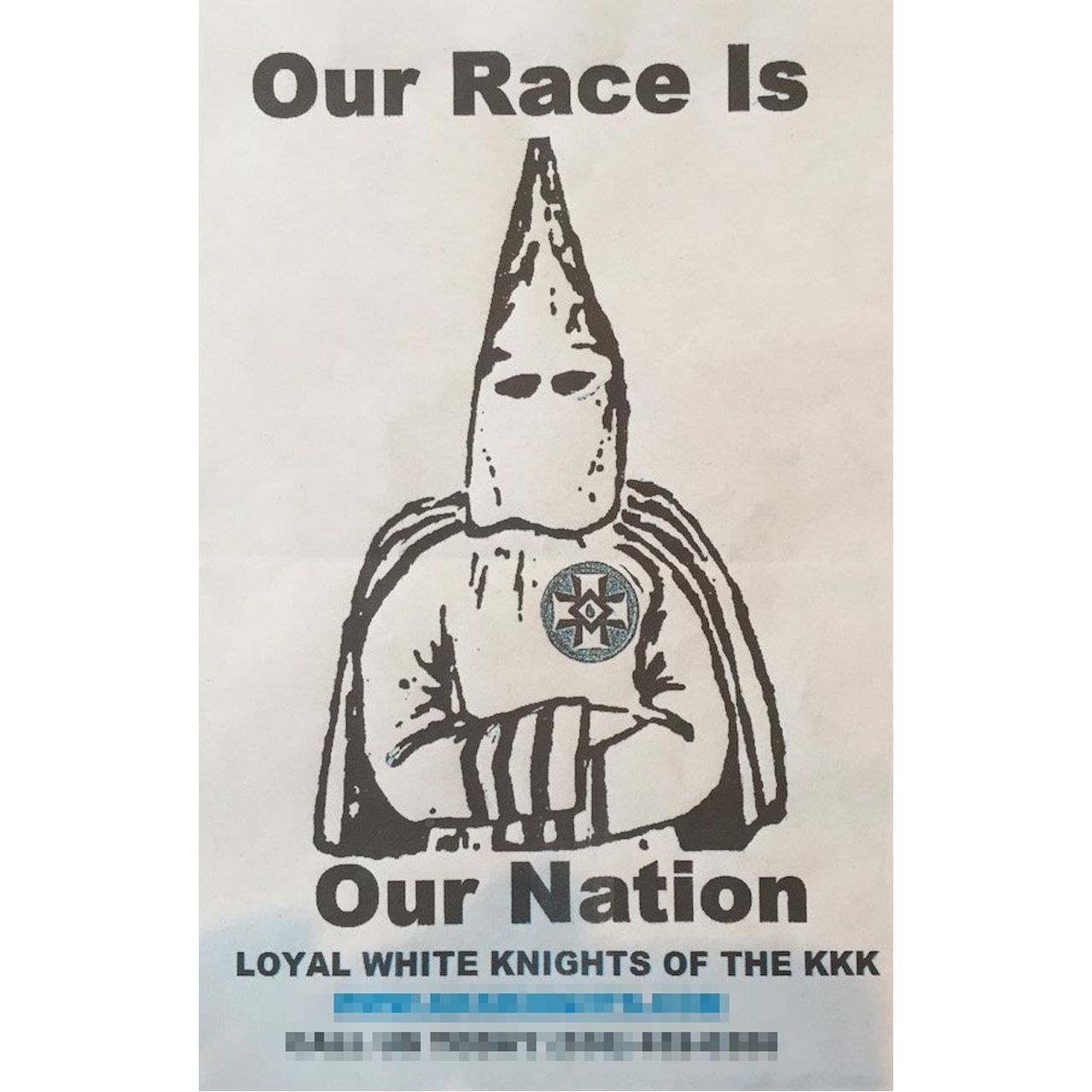 "There was one on each of two seats, face up, neatly squared off," he said. "It looked like it was meant for someone to see them and pick them up."

Sandoval did pick them up, giving one to the conductor and one to the East Hampton Town Police Department.

"The car had been pretty crowded between East Hampton and Amagansett," he said. "I didn't see who might have put them there."

Someone plastered similar flyers on cars in Patchogue two days before that, and KKK flyers also turned up outside people's homes in East Hampton.

"Hate groups and hate speech have absolutely no place in Suffolk County," County Executive Steve Bellone said. "We are an inclusive and welcoming community who will not be defined by the actions of a handful of hateful individuals."

There is nothing illegal about distributing the flyers, but police still encourage people to call if they see them, just so authorities can make sure nothing crosses over into hate crime territory.
Related topics:
societyeast hamptonkkklirr
Copyright © 2020 WABC-TV. All Rights Reserved.
More Videos
From CNN Newsource affiliates
TOP STORIES