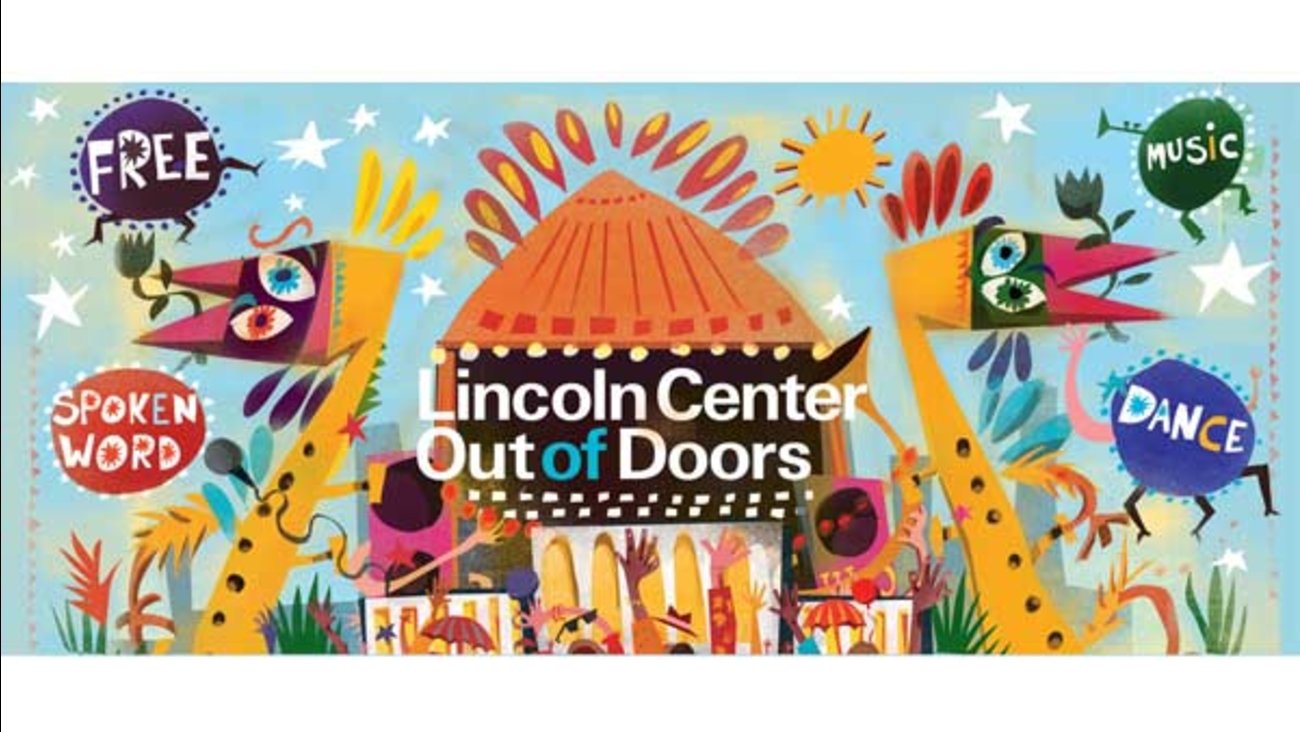 NEW YORK -- Say hello to three weeks of FREE music and dance at the Lincoln Center! From July 22 to August 9, Lincoln Center Out of Doors 2015 will present the 45th edition of the popular outdoor summer festival.

Out of Doors will offer a diverse range of concerts, dance, family and special events featuring dozens of U.S., international and local artists.

Dance kicks off in week one with the tap wizardry of Dorrance Dance in The Blues Projected Revisited with Toshi Reagon and BIGLovely, and in week three, features the Boogaloo stylings of ABAKU Afro-Latin Dance Company. In between are appearances by Lil Buck, Memphis-born jookin' sensation, and a multi-event celebration of the late dancer-choreographer-actor-designer Geoffrey Holder, featuring a performance by Garth Fagan Dance.

Family Day (July 25) features day-long dance and music events for children of all ages, and La Casita, a mix of spoken word and music (August 1 and 2), has an exciting line-up of artists representing the diversity of New York City, this year paying special tribute to Sonia Sanchez and Ntozake Shange, central figures in the Black Arts Movement.

New to Out of Doors this year are casual Friday evening concerts at 7 p.m, on the Hearst Plaza featuring rising young artists from New York's music scene.

Costumes and group participation are encouraged at a very special, post-performance, late-night event on August 7th, also a first at Out of Doors: a silent screening in Damrosch Park of the cult movie classic Rocky Horror Picture Show, with audience members wearing headphones.